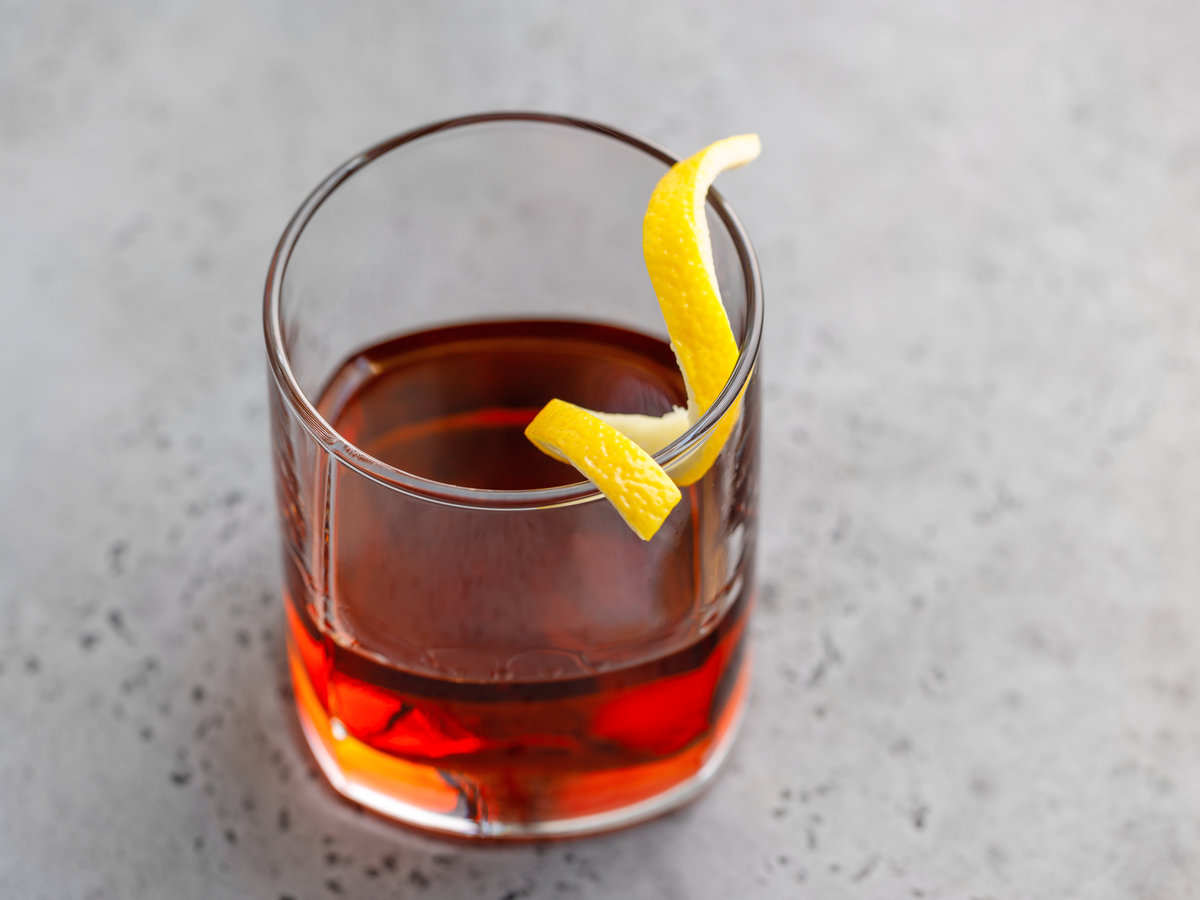 The official cocktail of New Orleans has a long and storied history, as well as a distinctive recipe. Here’s what you need to know before your next trip to the Big Easy:

What Is a Sazerac?

A Sazerac is a cognac or whiskey cocktail with roots in New Orleans, Louisiana. Originally, the recipe called for cognac, absinthe, Peychaud’s Bitters, and sugar. Rye whiskey or bourbon is often substituted for cognac, while anise-flavored liqueurs like Herbsaint can be used instead of absinthe.

It’s only natural that New Orleans’ official cocktail would be shrouded in myth. There are a few theories about how the Sazerac came to be, but Antoine Amedie (or Amédée, depending on who you ask) Peychaud is credited with its creation in each one. Recognize that last name? You’ve probably seen it on a bottle of Peychaud’s Bitters, an integral ingredient in the Sazerac cocktail.

Peychaud, an apothecary and Creole immigrant, operated a pharmacy on Royal Street in the French Quarter in 1838. He liked to entertain friends in the store after closing each night, and became famous for his speciality drink: brandy, absinthe, and a dash of his secret bitters.

Legend has it, Peychaud used a coquetier (pronounced "ko-k-tay"), or egg cup, as a jigger. This is allegedly where the word “cocktail” comes from.

The drink was an immediate hit in coffee shops around the city, but is most commonly associated with Sazerac Coffee House. Since the owner exclusively used Sazerac de Forge et Fils brandy, the cocktail became known as “the Sazerac.”

How to Make the Sazerac

The Sazerac is known as the first-ever branded cocktail, meaning it’s the first one to have a company built around it.

For the most authentic Sazerac you can get outside of New Orleans, you’re going to need to use Sazerac Rye Whiskey and Peychaud’s Bitters.

Looking for a detailed recipe? We’ve got you covered.