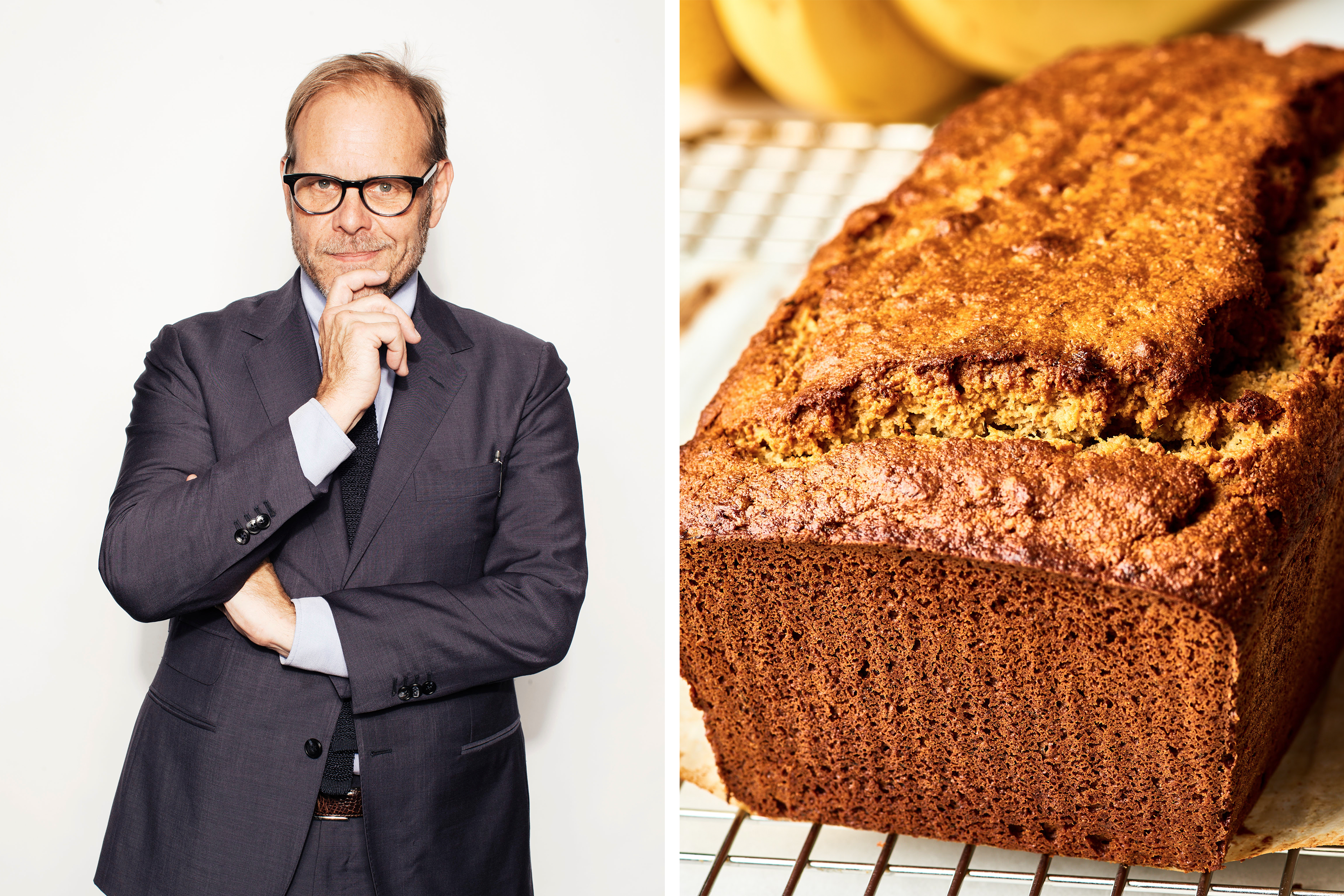 For a generation of cooks who grew up listening to the gospel of Good Eats, Alton Brown’s tricks and tips that bring scientific thinking to the kitchen are like gold. His examination and improvement of staple dishes help everyone think about just how we can improve every dish. And we found out that on his website, he takes banana bread to task, improving the classic quick bread with one simple trick.

“There are over 7,000,000 recipes for banana bread on the interwebs,” reads the brief headnote on Alton’s site. “Most of them are insipid and mushy.” Well, that’s quite the eye-catcher! But also, um, we kind of agree with him, so it’s probably worth listening to why he says, “This one is definitely not.”

In his recipe, Alton starts off by having the baker toast old-fashioned rolled oats in a 350-degree oven for 15 minutes, then, once they’ve cooled off, throwing them in a food processor until they’re “the consistency of whole wheat flour.” The rest of the recipe is a pretty standard banana bread, with flour, baking soda and powder, salt, sugar, butter, eggs, vanilla, and, of course, very ripe bananas.

I have no doubt that Alton’s secret trick makes a much better banana bread. But reading the recipe, I added up the extra time needed to perfect it (which, let’s be honest, isn’t terrible when it’s a bit mushy): there’s the 15 minutes of baking the oats, but more importantly, there’s dragging out the food processor (and having to wash it afterwards). For small-kitchen folks, using not just one heavy appliance that’s awkward to clean (the stand mixer for the batter) but a second one to mill the oats, that’s a fair amount of extra work. I’m not ruling it out, but all I can say is that better be the world’s best banana bread.