The dessert Baked Alaska supposedly got its name at a restaurant in New Orleans, Louisiana in 1867. The dessert was created to honour the USA’s acquisition of Alaska from the Russian Empire on March 10 in that year. Today, the dessert is popular across the globe and also known as omelette à la norvégienne, or ‘Norwegian omelette’, which similarly refers to the cold climate of Norway. Express.co.uk reveals how to make a Baked Alaska, according to the chefs at Mon Dessert.

How to make a Baked Alaska

Mon Dessert delivers luxury dessert DIY kits across the nation with recipe cards and ingredients which are notoriously difficult to make, but Mon Dessert makes it simple.

The company has given Express.co.uk the recipe for their famous Mini Baked Alaskas, which they describe as: “Delicious icy treats with a layer of biscuit flavoured with coconut, chocolate topped with your favourite ice-cream and then enveloped with a soft marshmallow meringue outer covering and chared with a blow torch.”

Even though the kit simplifies the process, you can still make a delicious treat without it.

This recipe serves five people and takes about 40 minutes from start to finish. 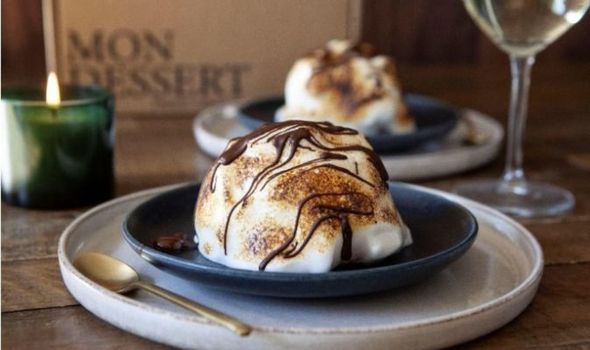 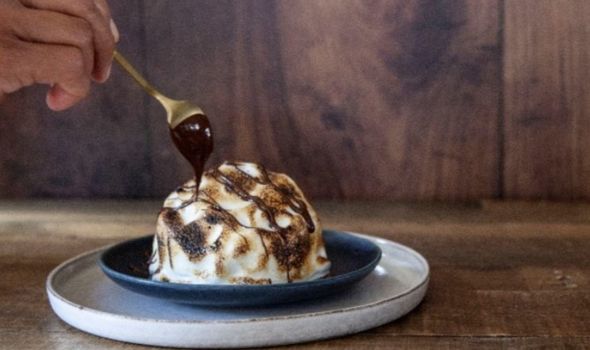 This recipe can be made suitable for vegans if you use aquafaba instead of egg whites.

If you want to have a go at making this dessert 100 percent plant-based, you can use aquafaba which is literally translated from the Latin for bean water! Open a can of unsalted chickpeas and drain the water (aquafaba) into a large bowl. Keep the chickpeas for another recipe, e.g. yummy homemade hummus.

Please note, Aquafaba does not taste the same as meringue, but it is a remarkably good substitute. 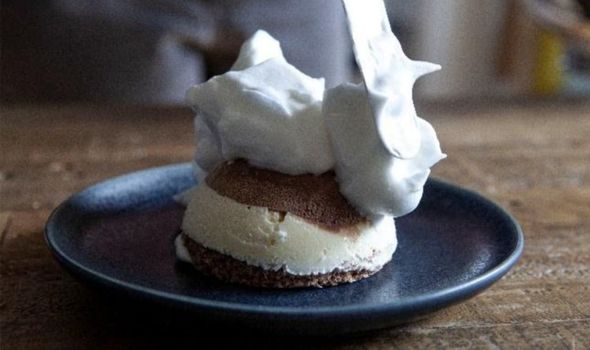 Preheat your oven to 170C. Take out your ice creams so they soften up.

Put all the cake mix ingredients into a bowl. These may need to be sieved to make sure there are no lumpy bits! Now pour in 60ml of water.

Mix your cake until combined and there are no stray powdery bits. Do not overmix though as you will end up with a rubbery cake.

Line a baking tray with parchment paper and spread out the batter on the tray until you are left with a rectangle shape roughly 20 x 30cm and 0.75 cm thick. 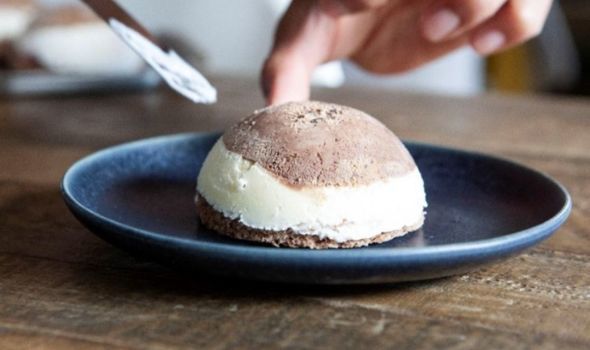 Bake in your preheated oven for 7 minutes, until a knife comes out clean when inserted.

Flip cake over on a chopping board and carefully peel off the parchment.

Next take your first flavour of ice cream. Fill a third of each dome mould/teacup lined with cling film with it. Place the mould on a plate or tray and pop the whole thing back in the freezer.

Take your circle cutter or another teacup and cut five circles of cake and set aside.

Take your mould out of the freezer and 1/3 more with your second flavour of ice cream then place a circle of sponge on top and press down so it adheres nicely.

Put this all back in the freezer for 30 mins or until you want to serve up the Alaskas.

Add the meringue mix into the bowl of aquafaba/egg whites. Whisk on high speed to stiff peaks. It will take longer with aquafaba.

Take your Alaska’s out of the moulds and plate up. 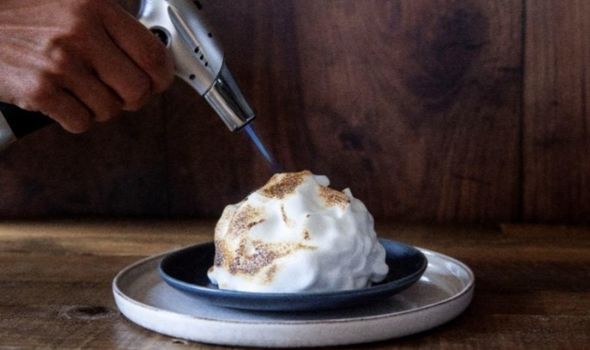 Add the meringue mix into the bowl of aquafaba/egg whites. Whisk on high speed to stiff peaks. It will take longer with aquafaba.

Use a palette knife (or butter knife) to cover each Alaska with meringue completely and make pretty swirls.

Use a blowtorch to char the meringue and caramelise on top.

Put the chocolate in a small non-metallic ramekin, heat in the microwave in 30 secs bursts until smooth and glossy.

Take a teaspoon and drizzle over the chocolate. Eat with delight!

Mon Dessert is available from www.mondessert.co.uk with packages starting from £19.95 a month.