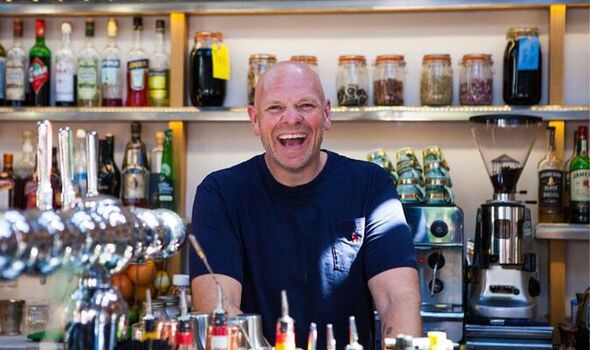 As the cost of living continues to rise, people across the country have seen shopping at supermarkets and eating at restaurants become more expensive. But celebrity chef, Tom Kerridge has defended the price tags at his eatery, saying that he would be “lucky” to make nearly ten per cent’s worth of profit on the dish.

According to MyLondon, the chef said people should not be “punished for making good money”. He explained: “I’ve said it before and I’ll say it again, if you want to ride in a Bentley, it costs money. If you’re on a budget there’s an intensely farmed Ford Focus available round the corner and that’s fine by me”.

At Tom’s Hand & Flowers in Marlow, his 30 day dry aged fillet of beef with potato buttermilk waffle, crème fraiche and chive butter, and sauce bordelaise is priced at £85. He explained his reasonings for the price tag and how he will order ten steaks from a cow which has been grass-fed for 2 years costing £25 per cut, before needing to pay his waiting staff and chefs, as well shelling out for energy bills and cleaners.

Tom explained this would add £35 before the government takes on a further £18 in VAT. He revealed he would be “lucky” to make a ten per cent profit of approximately £9 on the steak dish at the end of it all.

Tom expressed his anger over the cost of living crisis, but believed people who make good money shouldn’t be “punished”. He said: “It makes me angry there are more food banks than branches of McDonald’s in this country. But I also think: never punish people who are making good money, who’ve achieved a great lifestyle.

“You don’t help to feed children by making successful people ashamed because I am one of those people.”

Other dishes on the Hand & Flowers’ menu include a West Country chicken, mushroom and pistachio “pie” with girolles, borlotti beans and sauce vin jaune for £68.50; and a Malt-roasted pork tenderloin and cheek with lovage braised celery, cod’s roe, porker cracker and smoked potato butter sauce for £69.

Earlier this year, the chef came under fire after he launched a Valentine’s Day meal kit for two with a hefty price tag of £185. Fans of Tom were divided over the cost, with many claiming it was far too expensive.

Following that was the pièce de résistance of Beef Wellington with Caramelised Hispi ‘Caesar’, Celeriac and Truffle Puree with a Hermitage Sauce. To finish off the Valentine’s meal was a Sticky Toffee Pudding with Toffee Sauce and Cornish Clotted cream, and a Passionfruit fudge petit four for good measure.

While fans loved the food selection, many were focused on the price. One mum-of-three wrote: “My food budget for the month as a single mum with 3 kids – looks amazing though.”

A second commented: “Nurse wage will have to stick with a M&S dine in, looks incredible.”