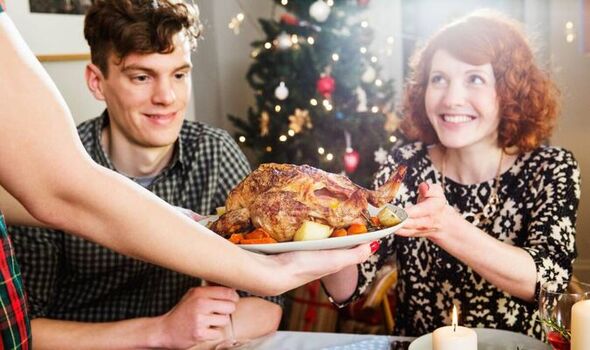 The Department for Environment Food & RuralAffairs (Defra) called the pandemic “very concerning” but said it would not affect Christmas stocks. Food minister Mark Spencer added: “This year’s outbreak has been simply unprecedented, both in the UK and Europe, as well as North America, Africa and Asia.

“Many birds in the UK have had to be culled to prevent further spread.

“While these outbreaks are awful for individual turkey farmers and businesses to experience, we produce around 11 million turkeys in the UK every year.

More than 200 bird flu cases have been confirmed since last year.

As the Daily Express revealed on Saturday, millions of households might be forced to eat cheaper alternatives to turkey this year through of a loss of birds and because rocketing farming costs are bumping up prices.

The price of feed has risen by 31 percent in just 12 months. Other sky-high costs include labour up 12.1 percent, packaging 32.3 percent dearer, waste removal charges a fifth higher and distribution bills up 10 percent.

Farmers do not set the price of turkeys on supermarket shelves, but rising costs have impacted those producers selling directly from farm shops and supplying the high street butchers where millions of shoppers flock to get their traditional festive fowl.

Frozen turkeys are around 32 percent more expensive than last year at eight of the UK’s main supermarkets, data shows.

Fresh turkey prices are set nearer Christmas, but butchers blame suppliers for demanding high prices which they will have to pass on to shoppers.