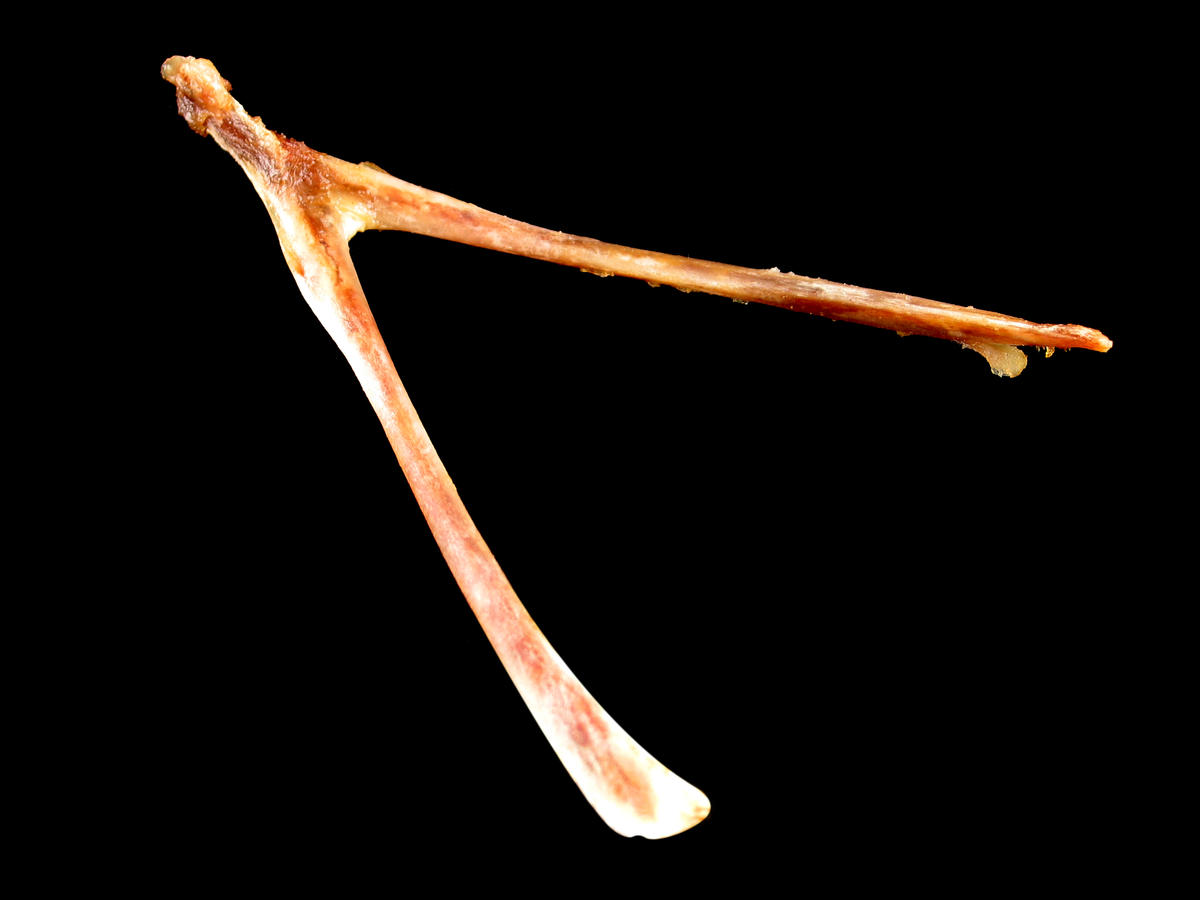 On its surface, teaming up with a loved one to rip apart an animal’s bone seems like a pretty weird holiday tradition. But there’s actually a reason for the practice—and a way to always win the larger half.

Where Is the Wishbone on a Turkey?

It doesn’t exactly look like any human bone we learned about in biology class—so what the heck is it and what part of the turkey does it come from?!

A wishbone is simply the forked chest bone of a bird. It’s formed from the fusion of two collarbones and is found at the base of a turkey’s sternum, or between its neck and chest.

The bone supports a bird’s chest when it’s in flight.

The tradition of breaking a bird’s wishbone dates back to ancient Italy, where people would pull apart chicken clavicles for good luck.

You see, these Romans believed that birds possessed divine powers. They also believed that keeping this particular bone would give them access to those powers.

This idea became so popular that there weren’t enough wishbones to go around—so people started breaking them in half.

But it gets more complicated than that: The person who ended up with the bigger half of the bone would get their wish granted, while the unlucky other person would not.

This practice was widespread in England, where the bone was called a “merrythought,” by the 16th-century. The English brought this tradition to the New World.

As you likely know, the pilgrims settled in Plymouth, Massachusetts and celebrated the “first Thanksgiving” in 1621.

Turkeys were abundant in Plymouth—and, well, you can probably guess what happened next.

Related: How to Make a Gorgeous Thanksgiving Turkey, According to a Food Stylist

How to Find and Remove a Turkey Wishbone

Even if you’re not superstitious, removing the wishbone makes carving your Thanksgiving turkey much easier. Without it in the way, cutting the breast becomes a much simpler process.

Related: The 15 Most Common Mistakes People Make Cooking a Turkey

How to Win the Wishbone

Scientists from the University of Michigan figured out the best way to win the larger half of the wishbone in 2014.

Try to get as close to the base—or center of the V-shape—as you can without being suspicious.

Now, for the most important part: This seems counterintuitive, but let the other person pull harder. The person who pulls with greater force is more likely to break their own side.