Air fryers use hot air instead of oil, so they are not just healthier to cook with than deep-fat fryers, but more versatile and energy efficient for cooking smaller quantities than ovens. They are currently one of the most popular kitchen gadgets, and as a result, millions of people are sharing the recipes and dishes they have created by using an air fryer. But there are a few things that an air fryer does not cook very well.

Air fryers cook much more than chips and finger food but their abilities are limited when it comes to roast and chickens.

The basket or cooking racks, depending on the model, are smaller in their capacity than an oven, so a roast might not fit.

If cooking a chicken breast, it’s advisable to place it skin up, as air fryers heat from the top. 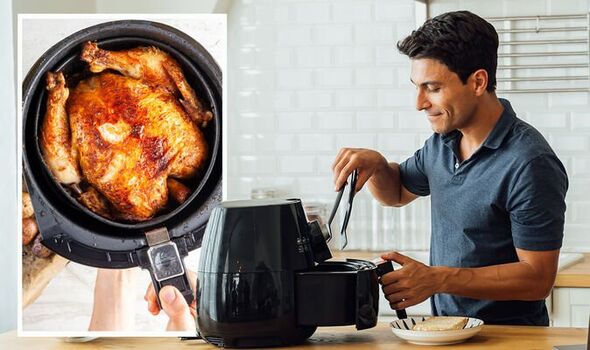 An air fryer is not an actual fryer, so if there isn’t an outer crust on an item of food, you can be left with a real mess.

For example, a mozzarella stick with a breaded crumb would be ok, but cheese without some sort of coating will just melt into a puddle.

This also applies to grilled cheese which will likely burn under the intense pressure from the hot air.

When testing broccoli, experts hoped the florets “would get super crispy and delicious”.

Unfortunately, that was not the reality: “They just got very dry and dusty and the experience was like chewing on sandpaper,” Stephanie added.

Experts suggest frozen vegetables are the best to use as they retain moisture from the ice.

Grains such as rice and pasta can crisp nicely in an air fryer, but they have to be cooked first.

Air fryers are intended to dry cook food, so trying to cook something that needs to be immersed in water during the cooking process won’t work.

Even with an insert that allows you to place water inside the air fryer, the fan will never get hot enough to boil the water and successfully cook the grains.

Before microwaving popcorn and repackaged, premade popcorn bought from supermarkets, people had to add the kernels to a pot with a little oil and heat. 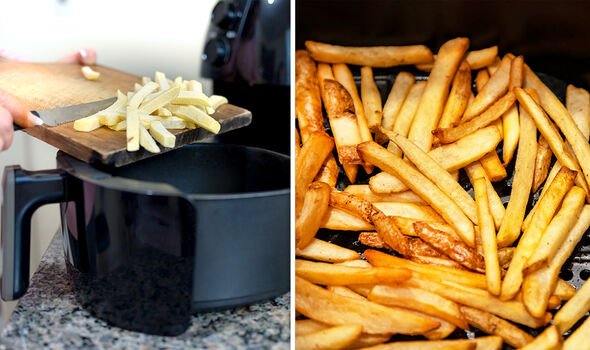 How to cook chips in an air fryer

As for what the most popular dishes are to make in an air fryer, many choose to try chips first.

Using an air fryer not only produces super-crispy chips, but using less oil compared to deep fat-frying means it is a healthier alternative.

Freshly peeling and cut potatoes can be used, or ready-made frozen chips.

If you prefer to make the chips from scratch, take four to five large potatoes, about 1kg and peel them.

Ideally, trim the rounded edges so the potatoes become rectangular blocks and then cut batons.

They should be between fries and thick chips – if the batons are too thin they might break, if they’re too thick they won’t cook through.

Tip into the bottom of the air fryer, the part with the paddle, and add one tablespoon of sunflower or olive oil and toss the chips around so they are evenly coated.

Program the fryer to cook for 30 mins using the paddle. After this time, check that the chips are tender and cooked through. If they’re not, cook for a further five mins. Season well before eating.