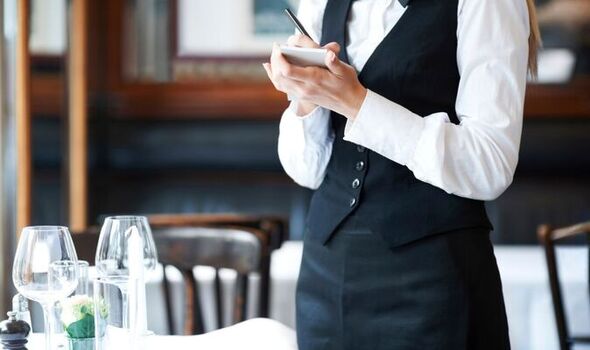 A waitress was forced to pay the bill after a group of diners left a restaurant without paying, according to her mother.

Listeners were disgusted after the parent called a radio station to tell the host what had happened.

Louise explained how her daughter ended up working for “almost” free on September 18 after the group left without paying – with the bill taken out of her wages.

She said she could not believe the policy as it was “crazy” to have to pay for someone else’s dishonesty, reports The Irish Mirror.

Louise told Joe Duffy on RTE’s Liveline on Monday: “[My daughter] came in yesterday evening [September 18] and she had worked a few hours and she said that she had to pay for people who left without paying their bill.

“She ended up almost working for nothing yesterday evening and she was very annoyed – I was furious.

“I thought it just can’t be right that if somebody doesn’t pay their bill that the waiting staff has to cover the cost of it.”

Apparently it is not a one-off. The policy in place at the restaurant is that, if a waiter opens a tab and the customer does not pay, the waiting staff are left to cover the cost of the food and drink.

Louise added: “Normally, most people are honest and they’ll come up and pay or you’ll drop down a bill.

“But she finished up a little bit early… and the customers had left.

“Someone came up to her and said ‘that tab you opened, it’s still open on the till and they’ll be looking for that’ so she paid.

People at home were shocked at the story and took to social media to voice their thoughts, with one person writing: “Absolutely disgusting behaviour from these restaurants. No wonder hospitality cannot get staff.”

Another slammed the customers for leaving without paying, saying: “Yes, and also disgusting behaviour of those who ate and ran.”

Many questioned the legality of the practice and urged the waitress to call the Workplace Relations Commission (WRC).

One wrote: “It’s a disgrace that employers get away with this. It’s exploitation because the majority will be on minimum wage and young.”

While another added: “Fair play to that mother highlighting this scandal”.