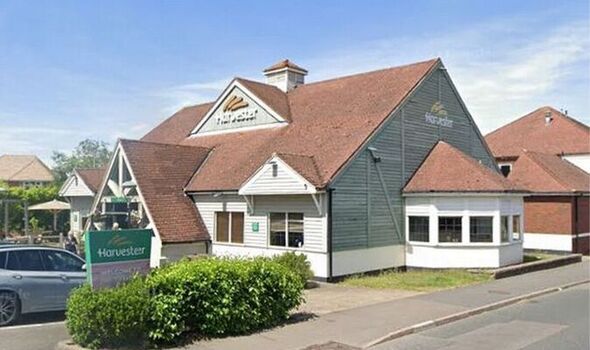 A furious customer has complained after claiming that a restaurant left him waiting more than an hour for food. However, management of the Harvester pub in question have hit back and challenged his claims.

According to BirminghamLive, the reviewer, identified as Richard, visited Harvester’s The Foxhunt in Halesowen last month. He later left his thoughts on Tripadvisor, posting a review under the headline: “Service rubbish”.

Richard’s complaint stemmed from a delay which he claims led to food taking over 80 minutes to arrive. He claims after waiting 80 minutes, he was then told that it would take another 15 minutes.

The Foxhunt in Halesowen has a score of 3.5 on Tripadvisor based on more than 500 independent reviews. One recent reviewer said: “Had lovely lunch, staff very helpful, extra touches reminded us of the 1970s. Changed seating to window seats, no problem, we booked again on same table for two weeks time.”

A reviewer identified as Patricia added: “We could not fault the meal or the service, and will definitely be going there again! Well done the Fox Hunt.”

However Richard claims he did not share the same experience as other customers and gave the Halesowen pub one star out of five. His review in full said: “Terrible service food hadn’t arrived within 1hr 20 minutes and was then told it was going to be 15 minutes. Can’t say about the food as never got to try it as we cancelled the order which was the only thing they were willing to offer.”

However, the management team at the pub have since responded and offered a different version of events. The pub claimed that Richard actually did try some of the food – as it was logged that his starters had arrived “within 15 minutes” of service.

The management team also claim that Richard was offered the food for free to take home with him, disputing claims that cancellation was the only option offered. Their response in full said: “Hi Richard, it’s disappointing to hear that your visit wasn’t up to our usual high standards.

“I can see on our systems that the starters had arrived within 15 minutes however the mains had taken longer than usual. We were unprecedentedly busy on Friday afternoon, and with this on top of ongoing issues with kitchen equipment meant there was a delay on food which I can’t apologise enough for.

“I do believe the duty manager had offered the mains to take away, for free, as you had to leave, to which you declined as you wouldn’t be able to eat them in time. The order was then cancelled and the rest of the bill wiped as way of an apology.

“Again, I’d like to apologise for the service delays you experienced and assure you we have taken steps to ensure this remains an isolated incident. We have also responded to your complaint via email.”

The Foxhunt in Halesowen has 515 independent reviews on Tripadvisor – of which 271 are rated as excellent or very good. One reviewer said: “Visited Foxhunt Halesowen at lunchtime. Had 3 lovely meals from main menu.

“The cod was huge and batter light and crispy. Served by Sarah who is very friendly and puts lots of effort into helping with menu choice etc.”

Another reviewer added: “Excellent service today from Sarah. The bird surf and turf was cooked to perfection. And the fish and chips were very good size and very tasty. Compliments to the chef.”