Fish pies can be quick and easy to prepare for any cook no matter their skill level. Portions of this comforting meal can be eaten right away or frozen and reheated at a later time. Express.co.uk has compiled a guide for how you can make fish pie from home.

How to make fish pie 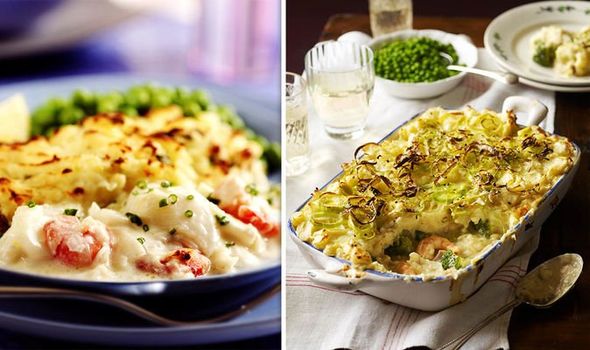 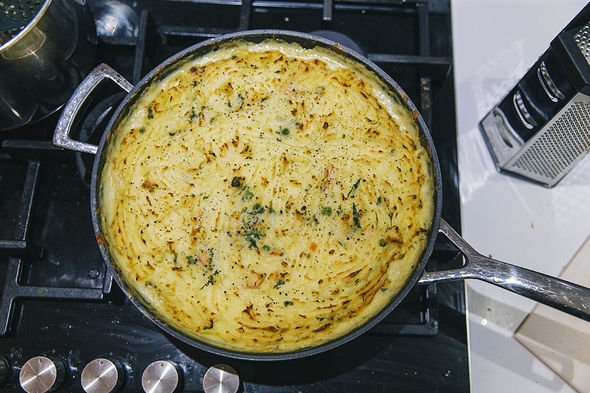 Place one kg of potatoes, peeled and halved into a saucepan and pour over enough water to cover them.

Bring the potatoes to a boil and then simmer until they are tender.

Once the potatoes have cooked, drain them thoroughly and mash with a splash of milk and a knob of butter before seasoning with ground black pepper.

Put 25g of butter, 25g of plain flour and four finely sliced spring onions into a separate pan and heat gently until the butter has melted making sure to stir regularly.

Cook this mixture for one to two minutes. 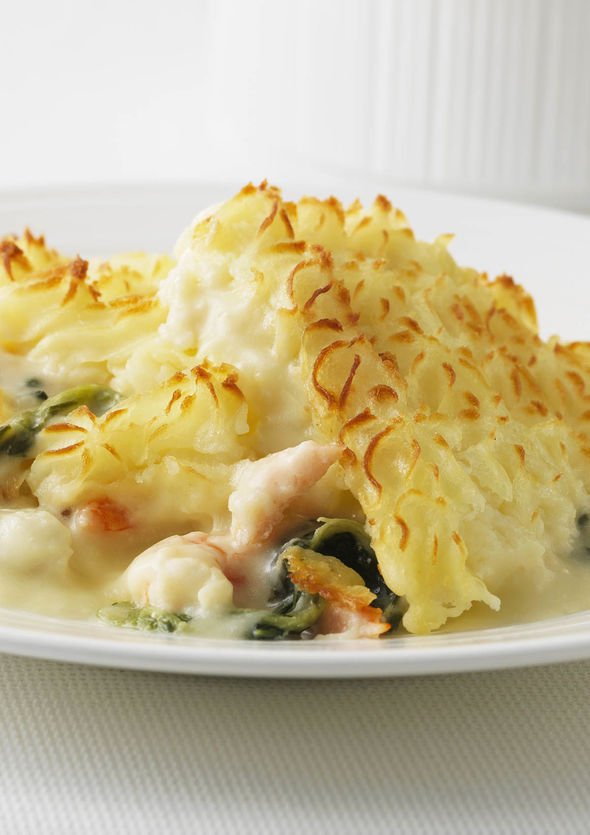 Gradually whisk in 400ml milk using a balloon whisk if you have one and bring to a boil, stirring to avoid any lumps and sticking at the bottom of a pan.

Next cook for three to four minutes until it has thickened and take off the heat before stirring in 320g to 400g of mixed fish, one teaspoon of Dijon or English mustard, a small bunch of finely snipped chives, a handful of sweetcorn and handful of peas.

Spoon it into an ovenproof dish or six to eight ramekins and then spoon the potato on top, sprinkling with a handful of grated cheddar cheese.

Place the fish pie into the oven and cook for 20 to 25 minutes or until it is golden brown and bubbling at the edges.

You can also cover and free the pie or mini pies for another time.

But if you are struggling to get ingredients, a woman has recently shared a three-step recipe for fish pie inside a jacket potato which has since gone viral.

To make this you need: 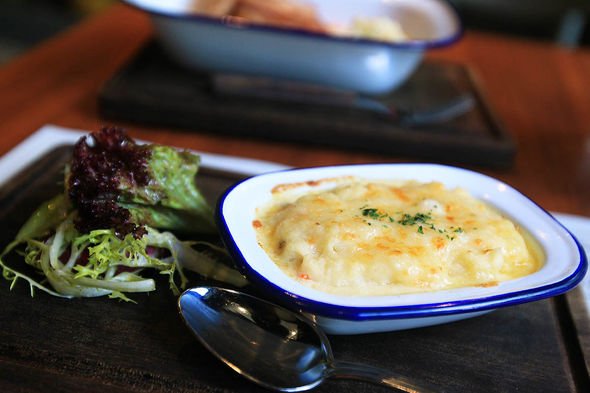 Bake the two potatoes at 200C for one hour and 15 minutes until the potatoes are soft inside.

Slice off the top of the potatoes (around one cm) so you can scoop out the insides.

Mash the butter, salt and pepper together and then poach two fillets for eight minutes in milk or peppercorn.

With the poaching milk make a white sauce and add dill or lemon juice.

Spoon this sauce over the fish to ensure it is well-coated but not smothered in the milk.

FIll the jacket potatoes with the mixture and top it off with the mashed potato, you will probably only need a few spoonfuls of the mash per potato.

Smooth the edges to avoid leaks and pop in a hot oven for about 15 minutes until golden brown.