In its most basic form, a quesadilla is simply a grilled tortilla with melted cheese inside, but you can add as many additional fillings as you like. Quesadillas were created when the Spanish brought dairy products to Mexico in the 1500s. Mexicans then combined cheese – named ‘queso’ in Spanish – with tortillas to create a number of dishes, including the quesadilla.

How to make quesadillas

For this recipe from Simplyrecipes.com, you will need: 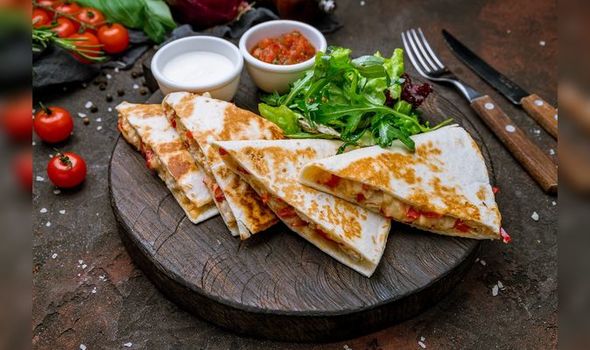 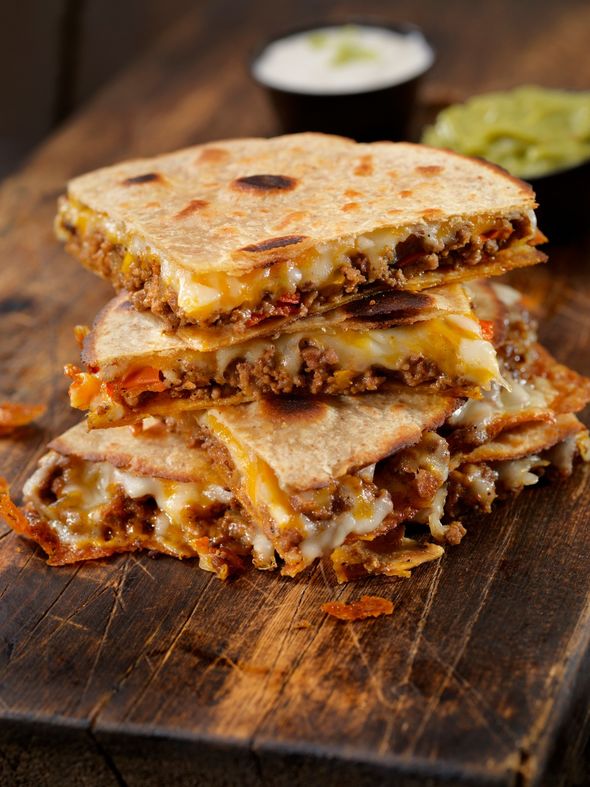 Add a small amount of oil (about half a tablespoon) and spread it around the bottom of the pan with a spatula.

Take one large flour tortilla and place it in the pan. Flip the tortilla over a few times, 10 seconds between flips.

Air pockets should begin to form within the tortilla. 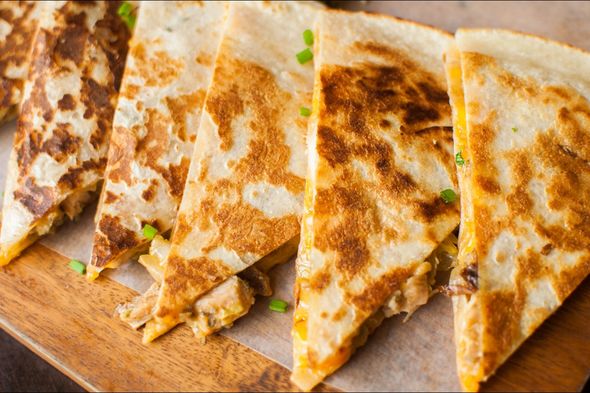 Add cheese and other ingredients: When pockets of air begin to form, take a handful of grated cheese.

Sprinkle over the top of the tortilla, making sure that the cheese does not land on the pan itself.

Take care not to layer the ingredients too thickly or you will be left with more of a quiche-like consistency. 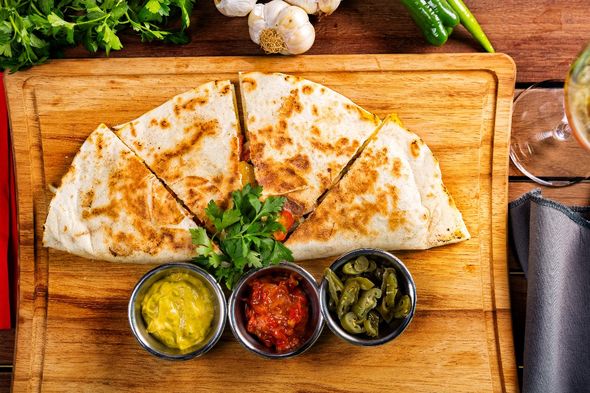 The pan should be hot enough by now to have plenty of residual heat to melt the cheese and brown the tortilla.

If the quesadilla starts to smoke, remove from the heat immediately. After one minute, check to see if the cheese has melted.

If not, return the cover on the skillet and continue checking every minute or so until the cheese has melted.

Fold the tortilla over: When the cheese is melted enough, use a spatula to lift up one side of the quesadilla and flip over the other side, as though making an omelette.

The tortilla should by now be browned slightly. If not, turn the heat up to high and flip the quesadilla over every 10 seconds or so until browned.

Next, remove the quesadilla from the pan and slice into wedges.

To make lettuce accompanying the quesadilla, thinly slice some iceberg lettuce before sprinkling with some apple cider vinegar and salt.