After showing audiences how to make monkfish, James Martin gave viewers the opportunity to get their cooking dilemmas answered. This morning, three different viewers called in wanting to ask the celebrity chef various questions.

After having lived in Louisiana in the US for six years, Joanna was a fan of red meat and wanted to know how to make BBQ sauce to go with ribs or brisket.

As always, James had the answer to her dilemma.

The chef said that BBQ sauce can be “very straightforward”. 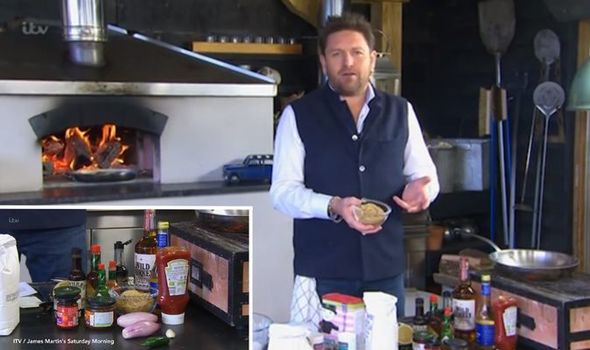 “It is really three ingredients at its heart,” James added.

The ingredients are sugar, ketchup, and vinegar.

James advised using soft brown sugar and any vinegar, except for balsamic vinegar.

James put the vinegar to heat in a pan, before adding the ketchup and the sugar.

The chef then whisked the ingredients with a handheld whisk.

Although BBQ sauce only needs the three aforementioned ingredients, James explained that you can add more flavours to the sauce if you wish to do so.

James listed the other ingredients that you can use, including soy, ginger, garlic, chilli, Tabasco, and harissa. 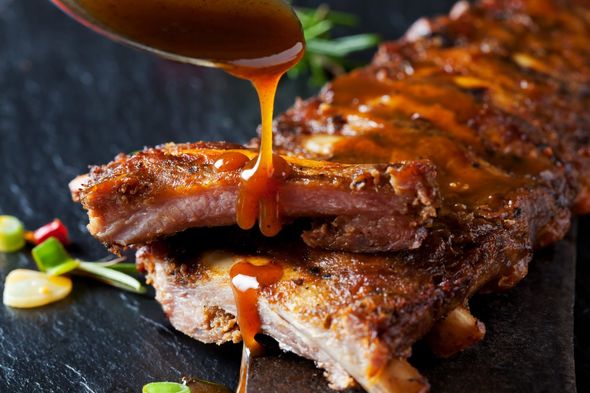 The chef went on to say that chipotle or a goujon paste, which is Korean, are also good options, giving the BBQ sauce a “different sort of flavour”.

James then picked up a bottle of Bourbon, saying that a “little drizzle of Bourbon” makes the BBQ sauce “epic”.

He put a little Bourbon into the pan and mixed the ingredients together again with the whisk.

James added: “You can also add orange, lemon, or grapefruit juice into it if you wanted.”

These fruit juices would add more flavour to your BBQ sauce.

James then took a tray of lamb chops that he had already prepared out of the oven.

He explained that the sauce would be perfect with the chops and, after putting them on a plate, he poured the sauce over them to make a delicious meal.