As the summer sunshine continues many Britons are looking for new barbecue recipes that they can try at home. On This Morning today James Martin joined presenters Holly Willoughby and Phillip Schofield from his home to reveal his own recipe using ingredients from his garden. The celebrity chef showed viewers how to make the dish and shared his tips for perfecting it every time.

The chef started by cooking the onions for one minute – and this is where he revealed the secret to perfect ratatouille.

Martin said you should never cook ratatouille by throwing all of your vegetables in at once, instead taking it step by step.

He explained that all the vegetables take different amounts of time to cook, and so it was important to keep to a sequence of gradually adding them depending how long they take.

The star also gave viewers a video tour of his impressive greenhouse, where he’s growing his own vegetables and herbs.

Martin served the ratatouille alongside barbecued fish, which he made by wrapping different types of fish in foil with a bit of water and oil. The chef made the foil parcel containing mussels, clams, mackerel and monkfish, and left it on the barbecue to cook while he focussed on the vegetables. 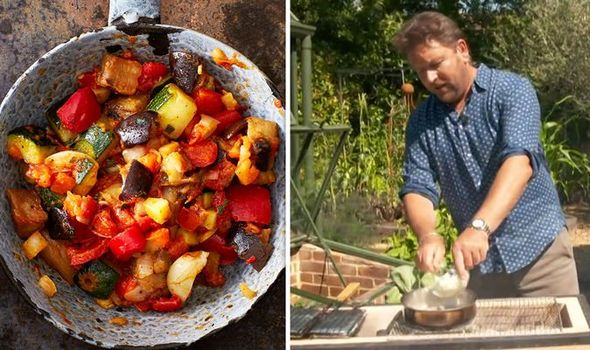 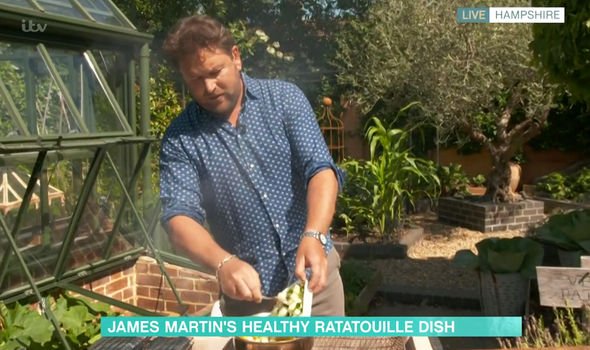 Here is the full recipe that James Martin used for the barbecued mackerel with ratatouille.

For the fish parcels: 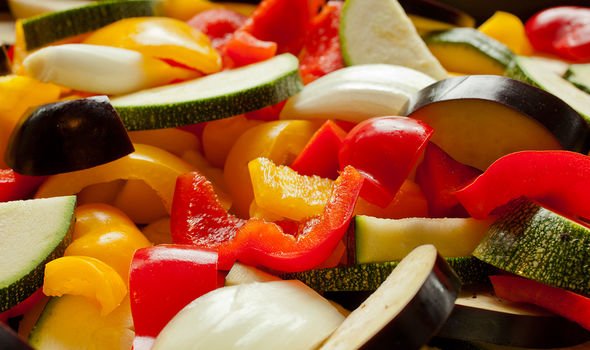 Heat the barbecue until hot and the coals have turned white.

Pop the herbs on the bottom and top with monkfish, mackerel, clams and mussels. Add all the remaining ingredients and season.

Seal the parcels tightly and put on the BBQ for eight to ten minutes, open the parcel to serve.

To make the mackerel, debone the mackerel from inside out by following the rib cage with a filet knife all around the joint. Using scissors, cut along the backbone and pull out. Repeat with the remaining fish. 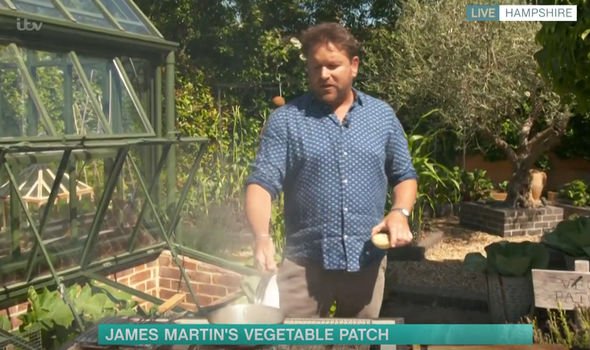 Stuff with some of the parsley and lemon slices, season then sit on foil and secure in a BBQ basket .

To make the ratatouille, heat a large non stick pan to a medium heat, add the oil then fry the onion for one minute.

Finally add the aubergines, tomatoes, season and cook over a gentle heat for five minutes. Finish with the basil.

The full recipe can also be found on the This Morning website here.