Camilla Parker Bowles appeared in an ITV documentary aptly names Camilla’s Country Life which aired last week. The Duchess of Cornwall, who is Country Life’s guest editor was seen discussing the magazine entries and what changes needed to be made before it went to print. For one article, the future Queen Consort was asked to provide a family favourite recipe, and she chose her roast chicken.

“Camilla is keen to add some personal touches to the shoot that took place at her Wiltshire home,” the documentary narrator explained.

While sitting down reviewing the pages, Camilla remarked: “You saw how I put the recipe? I’m afraid that’s how I cook, never weigh out things.”

Luckily, John Williams, Executive Chef at The Ritz, who was recreating Camilla’s roast chicken for the magazine, “approved”. 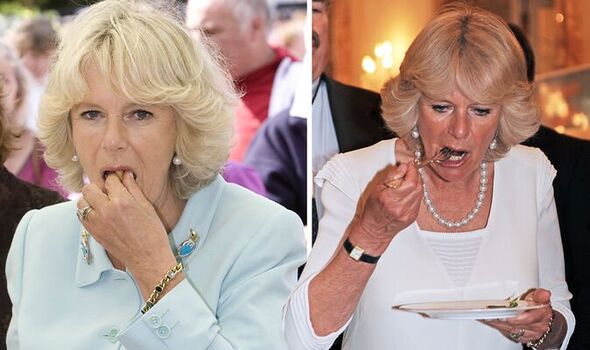 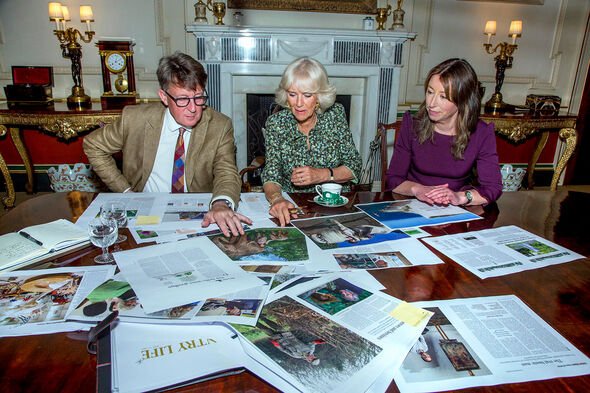 He explained: “So, of course, this recipe has come from the Duchess of Cornwall.

“She’s obviously a very, very good cook, and understands flavours. And the simplicity of this dish is really wonderful.”

Commenting on the recipe, and how Camilla chose quite a simple and humble dish as her favourite, the chef said: “It’s not showing off in any way. It’s proper, good food.”

The chef was asked: “Have you ever cooked for the Duchess?”

“Is it nerve-wracking?” The cameraman added and the chef said: “Of course it is. You want to get it right!”

Sarah Troughton, a friend of Camilla and the Queen’s first cousin, once removed commented on Camilla’s cooking.

“Actually, I don’t think she is a good cook!”

Looking at the images of the roast chicken John had made to feature in magazine, Camilla remarked: “I wish mine looked quite as elegant on the plate.”

A good glug of double cream

A cupful of chicken stock

A large lump of butter

1. Squeeze one half of the lemon over the chicken and cut the other half into slices. Put the butter, a handful of tarragon and the lemon slices into the chicken’s cavity, seal with the squeezed lemon half and season.

2. Put the chicken in a baking tin and roast in a hot oven for an hour or 1¼ hours, depending on its size.

3. Leave the chicken aside to rest. Reduce the cooking juices, add a cupful of chicken stock and another handful of chopped tarragon.

4. At the last moment, stir in the double cream and season — then pour the sauce over the chicken and carve.