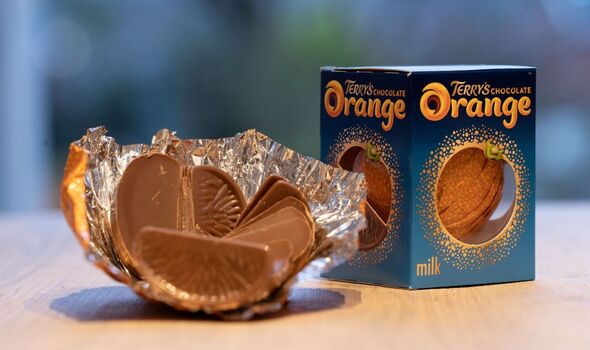 Terry’s Chocolate Oranges have been a household staple for decades, but only now are people discovering a “secret” function of their packaging.

If you still have one knocking around from Christmas, go get it and prepare to have your mind blown.

Neil Adams took to TikTok to show off the “hack”, and once you have seen it, you will kick yourself, reports Manchester Evening News.

People have been stunned by his clip, which has received over 463,000 views since it was posted.

Neil recorded himself opening the iconic packaging and pulling out a bit of plastic, which chocoholics most likely have learned to throw in the bin.

However, it can actually be used as a nifty display that makes eating the delicious snack a dream.

Taking out the piece of plastic, the TikToker folded either side of the plastic to create a stand.

Demonstrating the chocolate orange hack, Neil admitted: “I was today years old when I discovered this hack.”

The handy tip acts as a perfect stand for your chocolate, which tackles the gruelling task of scrambling inside the box for a tasty slice of chocolate.

“Nom, nom, nom,” Neil added as he nabbed a section of the chocolate to eat. Flocking to the comments, TikTok users shared their shock after only just discovering the clever function – with one person admitting they have been unaware of the hack for 50 years.

One person noticed a problem: “Could’ve done with this before Christmas! it’s gonna be 12 months before I eat another chocolate orange and what’re the chances of me remembering?”

A third said they had felt “cheated” by not knowing this for years.

A fifth said: “50 years on the planet and still learning.”