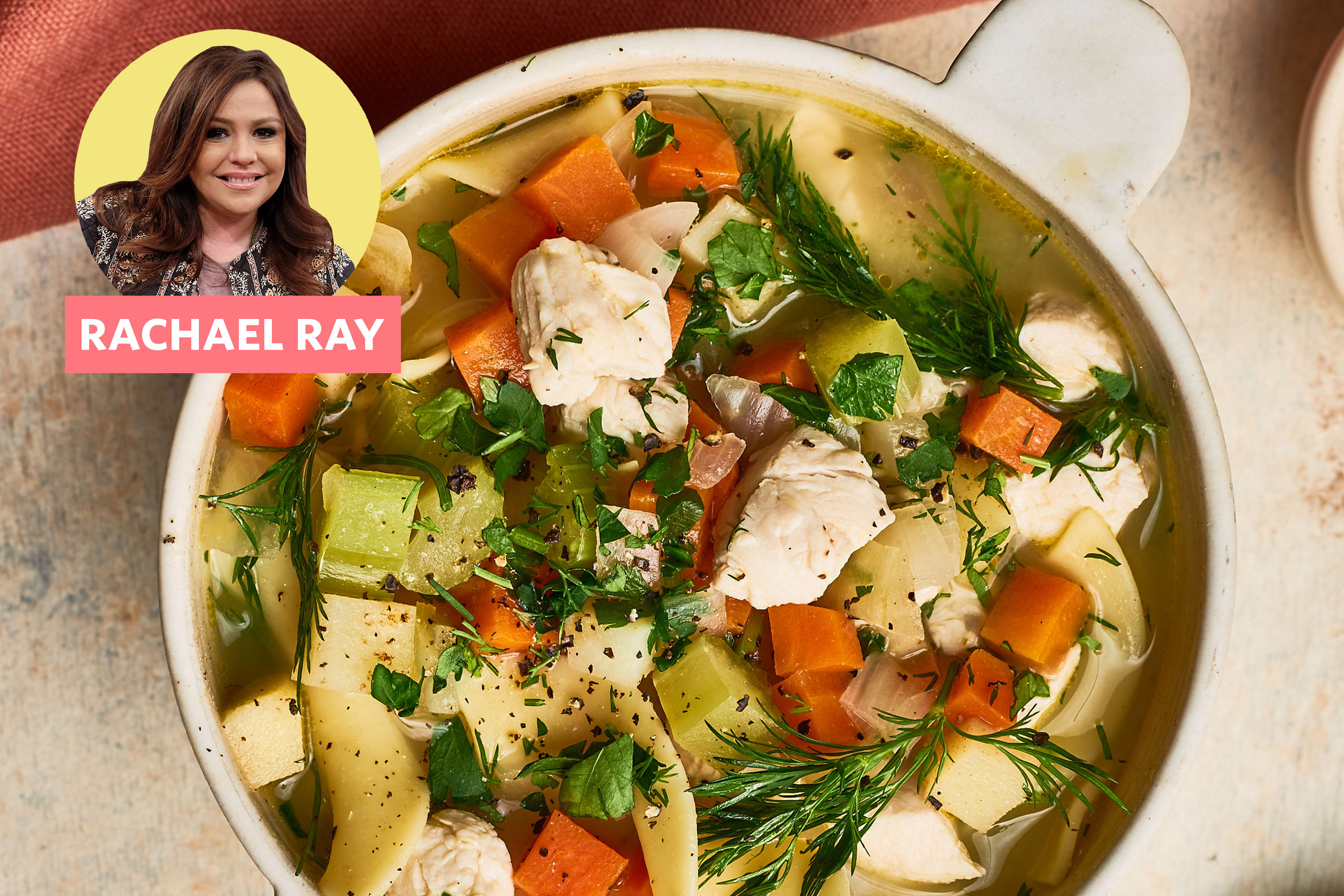 If you’re in need of a 30-minute meal, looking to Rachael Ray is probably a good idea, as she basically invented the idea. I’ve always felt that some things, however, aren’t meant to be made so quickly. Chicken soup is something I think deserves a lazy Sunday to make, so it can simmer slowly and develop the best flavor.

So to be honest, when I saw that Rachael put her signature 30-minute stamp on a version, I wasn’t immediately sold. But then a few readers wrote in saying that this was their absolute favorite chicken soup recipe, so I knew I wanted to take another look. How could it compare to a long-simmered chicken soup? Here’s how things went when I made it.

Get the recipe: Rachael Ray’s Chick and Noodle Soup

You’ll start by heating a bit of olive oil in a large pot on the stove. You’ll add parsnip and onion, along with chopped carrots and celery. Drop in a couple of bay leaves and season everything with salt and pepper. Then you’ll pour in 6 cups of good-quality chicken stock and bring everything to a boil.

Once the mixture is boiling, you’ll add chicken tenderloins that have been diced. You’ll bring everything back to a boil, then simmer, then add egg noodles until they’re tender and cooked through. Finally, you’ll remove the bay leaves, stir in fresh parsley and dill, and serve. 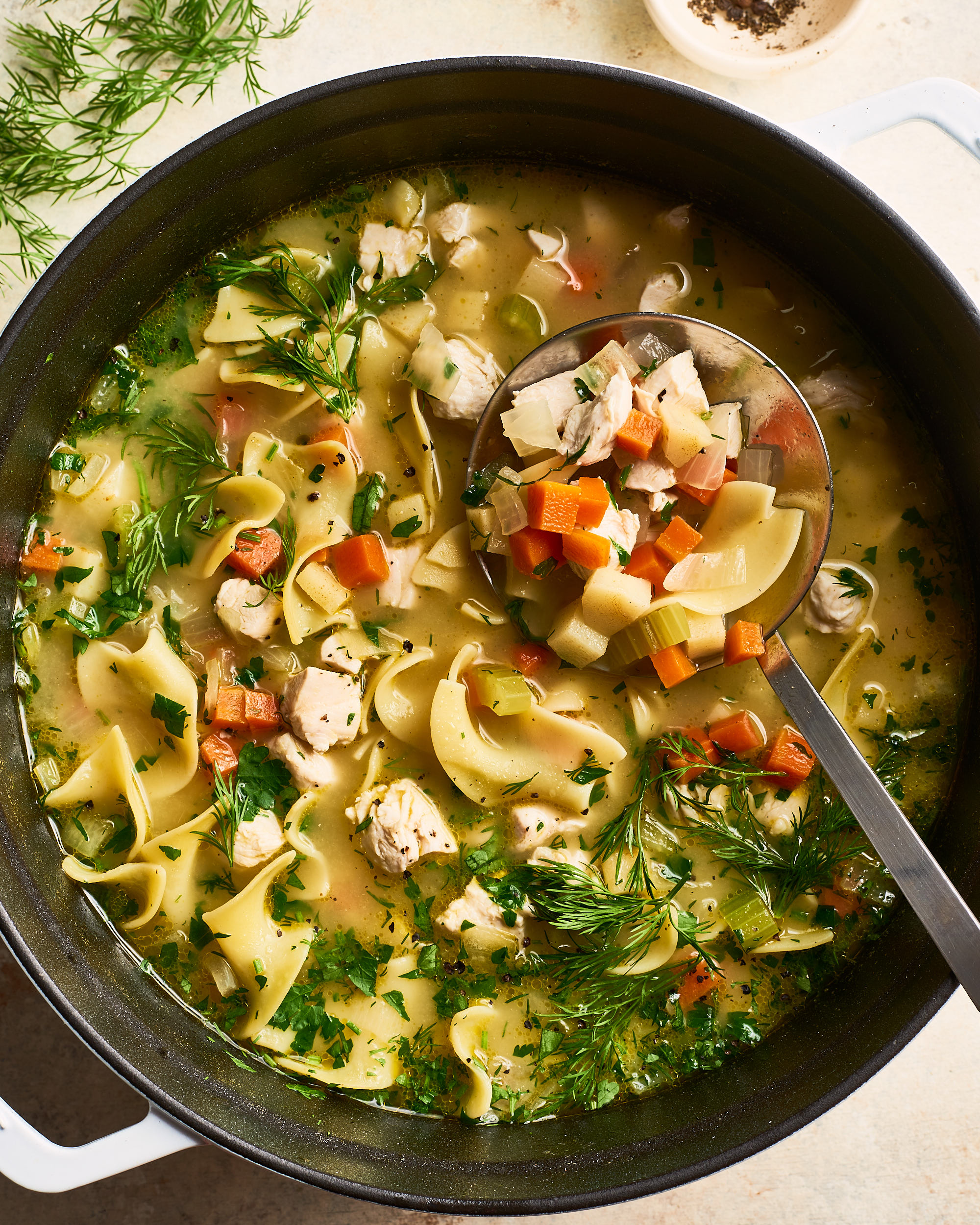 What I Thought of the Results

Of all the chicken soups I tested, this one was the fastest to make. (It lived up to Rachael’s brand and actually clocked in at under 30 minutes.) And really, this soup was great! Usually a longer simmer means a more flavorful product, but this recipe completely challenged this theory.

Rachael says to use good-quality chicken stock and she means it. I think that was key here, too. I used leftover homemade chicken stock I had in the freezer and I do think it made a big difference. Since the soup comes together quickly, the stock doesn’t have much time to absorb flavors from the aromatics, vegetables, and chicken, so you’ll want to start with something that already has great flavor to have great results.

I love the addition of both fresh parsley and dill. Stirring handfuls in at the very end lens brightness to the soup and really makes it feel special.

One small thing I didn’t like? Dropping the uncooked chicken pieces into the boiling stock caused some of their proteins to leave residue in the liquid. It was a visual thing, really, because it tasted fine. More on how to resolve it below, though. 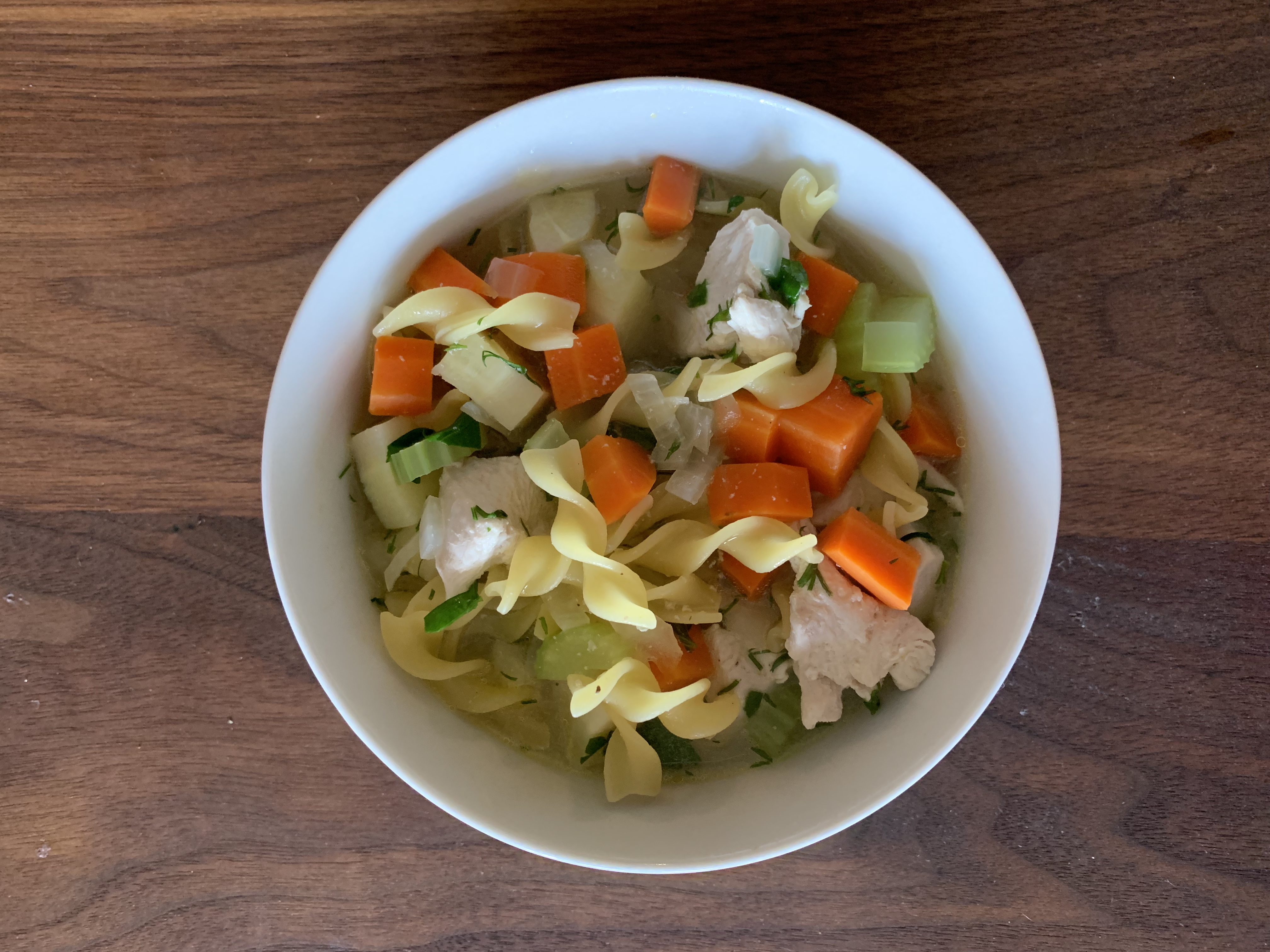 1. Don’t bother with low-quality chicken broth. Like I mentioned above, this soup is only as good as the stock used. Ideally, you have some homemade stock kicking around your freezer like I did. (Did you know you can use your slow cooker or Instant Pot to make it?) If not, try to pick up a good-quality one from your local butcher or, at the very least, pick up a grocery store brand you like the taste of.

4. The recipe serves more than 4 people. The recipe says it makes 4 servings, but they are 4 very large servings. The soup feeds 6 quite comfortably and could feed up to 8 if you add more stock to make it brothier — as is, the soup is pretty chunky.

This chicken soup had the most payoff for the time and effort involved. It assumes you have good (preferably homemade) chicken stock already on hand, though, which is why I can’t give it a perfect 10/10. If you do, however, you’ll be rewarded with a simple and satisfying pot of soup in just about a half hour.

Get the recipe: Rachael Ray’s Quick Chick and Noodle Soup