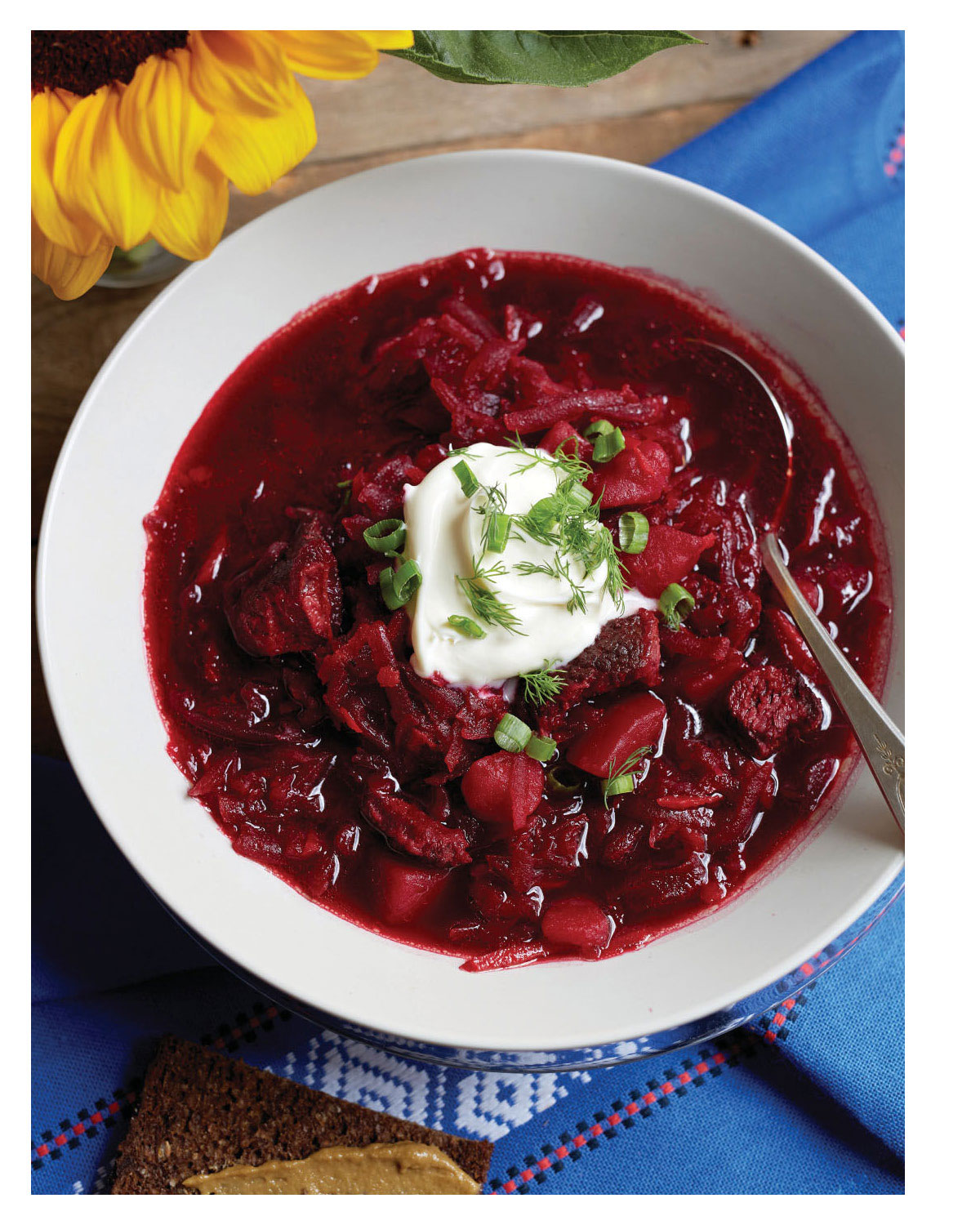 Around the World in 30 Soups: This month we’re collaborating with chefs, cookbook authors, and our own Kitchn crew to share a globetrotting adventure in soups from countries and cuisines around the world. Today’s stop: Russia.

First, borsch does not have a “t” at the end — somehow the “t” got added on in German (as did a few other unnecessary consonants — borschtsch), so if you want to pass with the Brighton Beach babushkas, lose the “t.”

If you open a Russian restaurant, be prepared to have borsch on the menu — people assume it’s part of the contract. And if you (like us) don’t want to have it on your menu year-round, be prepared for a lot of furrowed brows (by the way, “There’s more to Russia than borsch” is not always deemed an acceptable explanation). Also, be prepared for a lot of opinions about what makes for a good borsch. Then, be ready for those (hint: Americans) who are shocked that borsch has meat in it.

A lot of folks come into my restaurant, Kachka, thinking that borsch is like the stuff in the jars at the supermarket, but that’s just the tip of the iceberg. Borsch is actually a whole category of soups and they are pretty seasonal. Some are cold and refreshing, while other versions are more like a hearty stew. There are even derivatives that don’t contain any beets at all and are still called “borsch.”

This version is inspired by what my mom would make all winter long when I was growing up. Like every good Russian, I learned to make borsch from my mom — and, with just a few tweaks, this recipe is pretty much hers. So, of course in my opinion, it’s the best version out there.

→ Kachka: A Return to Russian Cooking by Bonnie Frumkin Morales with Deena Prichep