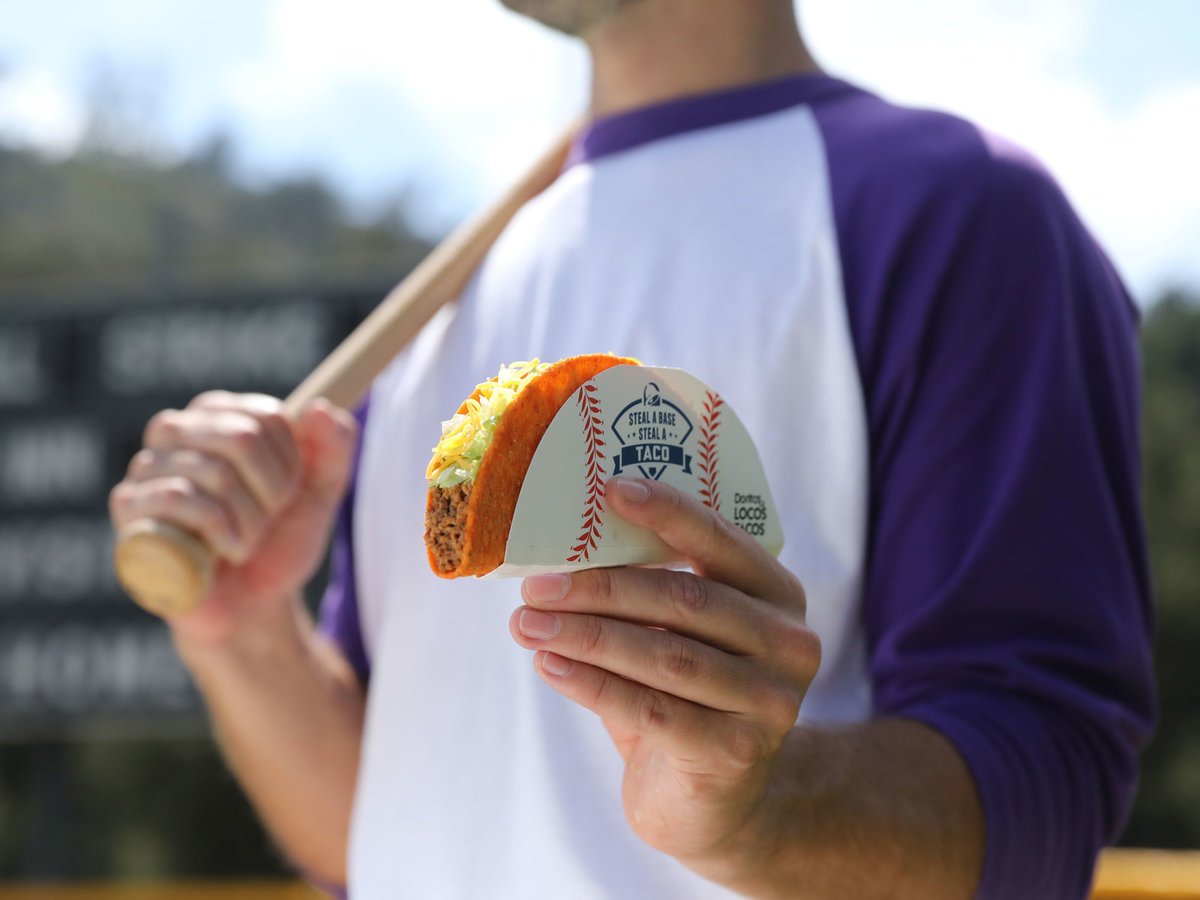 This year's World Series gave fans a matchup between teams from Houston, Texas and Washington D.C., and while both are—for obvious reasons (i.e. winning their respective league championships)—great teams, fans of Major League Baseball's other 28 franchises might feel a little left out. But Taco Bell has come up with a novel solution to keep even non-sports fans interested in major championships: Rooting for free tacos.

This World Series was no exception, as the chain announced it would once again be offering its "Steal a Base, Steal a Taco" promotion wherein if any player in the best-of-seven series successfully steals a base, the entire country gets a free Doritos Locos Taco. Well, we didn't have have to wait long as Nationals' shortstop Trea Turner stole a base in the first inning of Game 1 last Tuesday. And now, that free taco deal is already upon us as Taco Bell will be giving away those tacos on Wednesday, October 30, 2019.

To claim your Nacho Cheese Doritos Locos Taco (sadly the Cool Ranch version was recently discontinued), just head to any participating Taco Bell location between 2 p.m. and 6 p.m. (local time) this Wednesday. Additionally, if you're registered with the Taco Bell app or website, you can redeem your free taco promotion online for in-store pickup anytime that day. (No other purchase is necessary, but there is a limit of one free taco per person.)

It's the seventh year of the promotion, and Turner joins the ranks of other base-stealing, free taco-ensuring players "like Mookie Betts, Cameron Maybin, Jacoby Ellsbury, Jason Bartlett, Ángel Pagán, Lorenzo Cain and Francisco Lindor," the brand pointed out in a statement. This was the first year, however, that Taco Bell also teamed up with sports betting app BetMGM to put wagers on who would be the "Taco Hero." It turns out, people gambled on the right guy as Turner received the highest percentage of bets at 17 percent.

Taco Bell runs a similar promotion ("Steal a Game…") during the NBA Finals, so get ready to root for, well, whoever the away team is during those games next June.