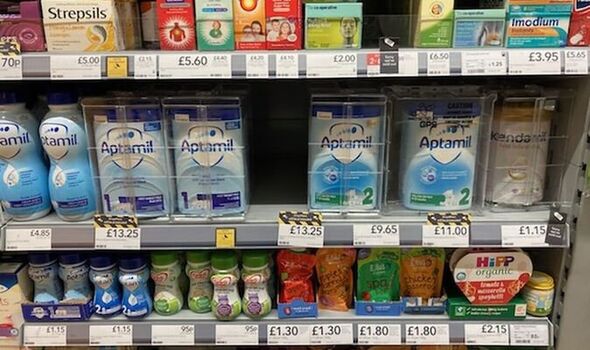 Shoppers were shocked to find that some stores have put security tags around tins of formula milk powder. The security tags, which are removed by staff when the customer pays at the tills, sets off an alarm when they pass through the shop’s exit.

Therefore security is alerted if anyone tries to remove an item without paying.

The tags are most commonly found on high-value producst like perfume, aftershave, and bottles of alcohol.

They are sometimes also used to try and prevent the theft of regularly shoplifted items such as cheese, meat and coffee.

Yet some shoppers have said they were taken aback to see tags used on large milk tubs, reports Manchester Evening News. 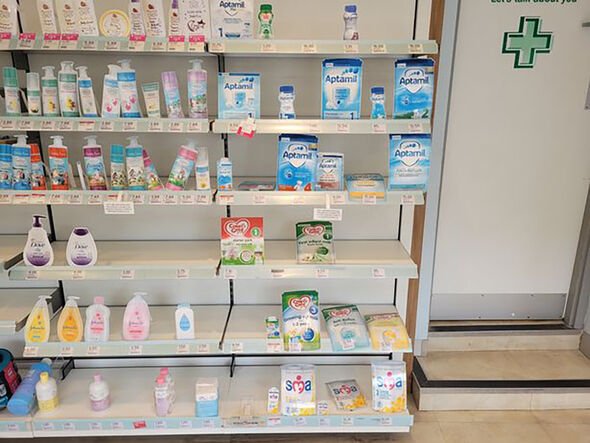 In one branch of Boots, in Edgeley, Stockport, MEN found all the large containers of formula milk had been taken off the shelves.

They have been replaced with cardboard cut-outs showcasing the different products available with customers having to ask for the products, which are kept in the stock room, at the till.

One staff member said they were “prime” items that “get stolen if they are left out.”

The measure had been taken “years ago” they added.

In a Co-op branch on High Street in the city centre the formula tins were locked in plastic security boxes which again have to be opened at the till. 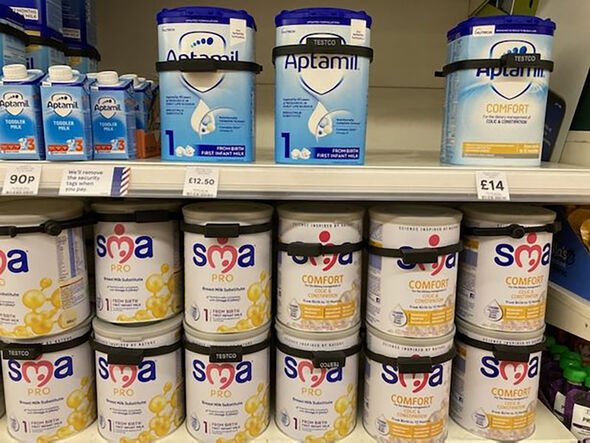 In similar scenes at the Tesco Express stores on Market Street and Piccadilly Gardens, and the big Tesco Extra store near Portwood roundabout in Stockport, alarmed tags had been wrapped round all brands of formula.

And, in the Asda store in Stockport town centre yellow security stickers, which also activate the alarms, had been slapped on many of the major brands.

One unnamed shopper said: “It’s a big baffling really. There is loads of stuff you expect to see tags on and other measures like that but baby milk isn’t really one of them.

“It’s quite sad when you think about it.” 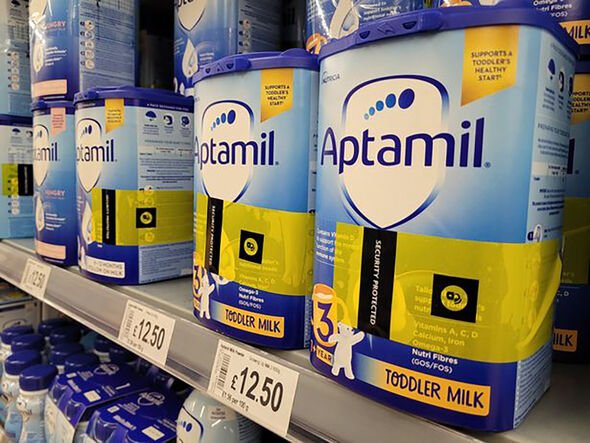 It follows one shocked dad-of-one from Kent speaking out after discovering tags on baby milk in his local Sainsburys store.

He told the Mirror: “I was shocked to see security tags on our baby formula. I thought those sort of things were reserved for big-ticket items.

“It just shows how much the cost of living crisis is biting when items like this are being stolen on a regular basis.”

However, one supermarket source said it would be wrong to suggest the move was connected to the cost of living as the measures were introduced in most stores before the pandemic.

Another said the larger formula tins, which retail for between £10 and £15, had always been considered a “high-value item” alongside expensive meats and alcohol.

A Boots spokeswoman said: “Our Castle Street store has unfortunately been a target of theft for a while, which is why some items have been removed from the shop floor to help prevent them from being stolen.

“Store colleagues created this solution to protect stock and ensure there is always some available for those customers wishing to buy it.

“We take any attempt at theft extremely seriously, and we have a zero-tolerance approach to it in our stores.”

A spokesperson for Co-op, confirmed: “Co-op has been involved in a small scale trial of new packaging for higher-value products such as meat for several years, with the additional security providing a further deterrent if a store locally experiences shoplifting issues.

“The move formed part of our Safer Colleagues campaign which has also succeeded in bringing in stricter sentences for violent incidents against shopworkers.”

It is understood the decision to place baby milk into a security case was taken by the local store.