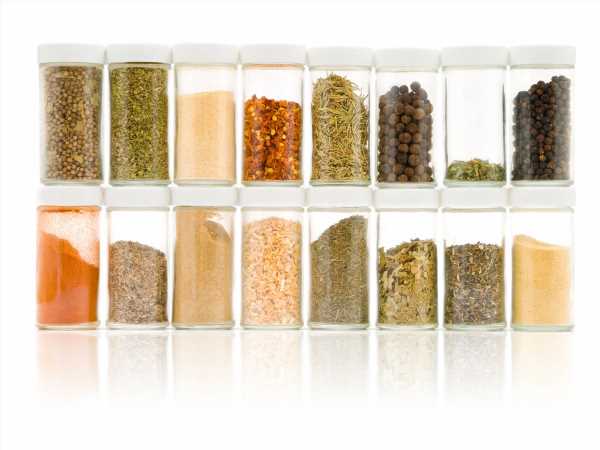 How often do you think about your spices? Not just whether you have them, or whether they’re stale, or how expensive one tiny bottle of paprika at the grocery store has gotten, but where they come from, and how they arrived from that origin to the place where you scooped them up? Ethan Frisch, the co-founder and co-owner of single origin spice company Burlap & Barrel thinks about it all the time, and with good reason. Frisch, who worked as a chef before getting a master’s in international development, has built a business on trying to forge more coherent, direct relationships between the consumers of spices and the farmers who grow them. But it’s not easy work.

“What I realized pretty quickly is that I didn’t know anything about spices, and no one really does,” Frisch said. He was no novice in the food space—he worked as a line cook at Tabla, the now-shuttered Danny Meyer Indian restaurant in Manhattan, among other places—and yet Frisch still found that every question he asked to spice farmers led to more questions. For example, it turns out that cardamom is best when it’s allowed to ripen before it’s picked, but most cardamom is picked before that point because it’s the way it’s always been. And organic spices? Yeah, those are steamed in order to sterilize them, meaning that the spices arrive on the shelf precooked, meaning that they’ve already significantly degraded in flavor. “You lose a lot of flavors in that process,” Frisch said. “That’s a huge problem.”

Frisch’s spice sourcing days began when he was working with Doctors Without Borders in the Middle East and bringing home the interesting ingredients and spices he came across. “It took a couple years to go from duffel bags full of cumin to where we are now,” Frisch said. Burlap & Barrel works with small farmers who might have never exported before. They began with wild cumin seeds from Afghanistan, and have since expanded the collection to include cardamom from Guatemala, cured sumac from Turkey, and star anise from Vietnam, among the 32 spices they offer. Each spice represents many hours of researching, tasting, and talking with farmers to establish a supply chain, as well as the work to make transparent what literally centuries of the spice trade have worked to make opaque. “There are all kinds of sometimes benign and sometimes intentional systemic problems,” Frisch said. “There isn’t anything close to a modern sensibility about cooking or sourcing. Farmers are disconnected from the final use of their product, and it’s often not native to the country they live or grow in.”

Burlao & Barrel’s mission is partially about providing better conditions for farmers, providing them with more financial security as well as supporting them to produce higher quality spices. And it’s also about shifting the perspective on spices from a tiny jar of powder on a shelf in the supermarket to what they are: plants that grow in specific regions under certain conditions, that vary considerably in taste and texture depending on how you grow and harvest them. Like wine, spices have a terroir, and it matters where they’re from. By making spices more traceable, not only is there less opportunity for spices to become less flavorful thanks to adulteration or going slowly stale in a warehouse for years, it also becomes clearer that spices come from plants, and, well, of course, plants don’t just arrive from nowhere. Cinnamon is made of tree bark, and peppercorns come from a vine. You start thinking about “spices” as a category, as Frisch pointed out, “What counts as a spice?” Does cocoa powder? How about ground dried black lime?

And even if you don’t usually invest in knowing where your food comes from, it’s still worth caring about fresher, more directly sourced spices because they taste better. Even when you make sure to use the spices in your cabinet before their expiration date, odds are high they’ve gone stale through the process of being transported from farmer to middleman to more middlemen and eventually to your supermarket shelf. And they may be old even before they get to that first middleman. In the global market, when prices for spices drop, often the only recourse farmers have is to stockpile their goods and wait until the prices tick up once again.

Trying some of the New Harvest Turmeric and the Wild Cumin Seeds from Burlap & Barrel up against the generic brands I had in my spice cabinet was one of those suddenly-I-see-in-technicolor moments, like eating a farmer’s market tomato in mid-August after only having the watery beefsteaks from the supermarket aisle your whole life. The flavor wasn’t just much stronger, it also had so much more complexity and nuance. “Consistently, people tell us things like they’ve never tasted pepper like this,” Frisch said. In recipes, people so accustomed to using stale spices that using fresher ones is often overwhelming. In fact, most recipes were developed with stale spices to begin with, so using fresher ones requires a total recalibration. “We get comments from people realizing that they need to cut the amount of pepper in a dish by two-thirds, things like that,” Frisch said.

But the most common questions that Frisch fields, he said, are about how to store spices. His advice: “Don’t store them. Use them. Cook with them. Don’t sit on them.” It’s true that spices are some of the more pricey things at the grocery store, but even at the higher quality that Burlap & Barrel offers, almost everything is available for under $10. “People have this hang up about using spices, but it’s a couple pennies per serving,” Frisch said. “Experiment with a new spice in your favorite dish. This is an ingredient that should live on your counter and use it daily.”

"A delicious meal, served with boiled white rice, that’s easy and made from items that I’ve already got in my...