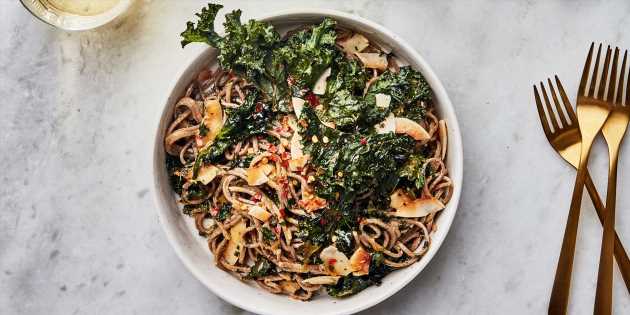 Nutritional yeast acts like a vegan version of Parm here, adding a hit of umami flavor that plays well with bitter kale and earthy buckwheat noodles. We suggest using curly kale, which roasts into light, crispy chips, instead of Tuscan.

"A delicious meal, served with boiled white rice, that’s easy and made from items that I’ve already got in my...