After what has been a very difficult year, Britons could do with some good news – and one of the nation’s favourite food brands might have just the thing. Bernard Matthews has teased the return of its iconic Turkey Twizzlers on social media. The posts have sparked a frenzy among those who miss the nostalgic turkey treats.

Anyone who grew up in the nineties will know the delight that a plate of Turkey Twizzlers would bring – usually alongside some potato smileys.

The turkey-based twists were a regular feature of children’s school dinners.

However they were soon banned after celebrity chef Jamie Oliver campaigned to make school lunches more healthy as part of his Channel 4 series Jamie’s School Dinners.

The twists contained just 34 percent turkey and were criticised for their high fat content, as the meat was bulked up with water, pork fat, rusk, and coating, and loaded with additives, sweeteners, and flavourings. 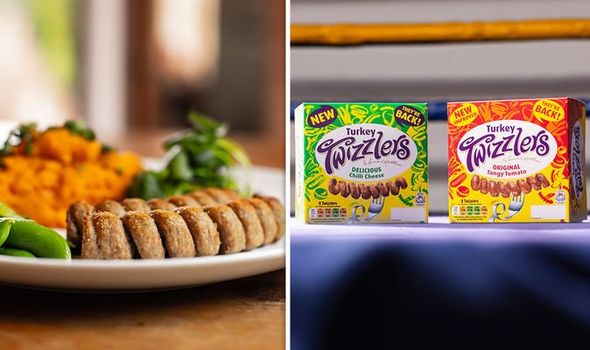 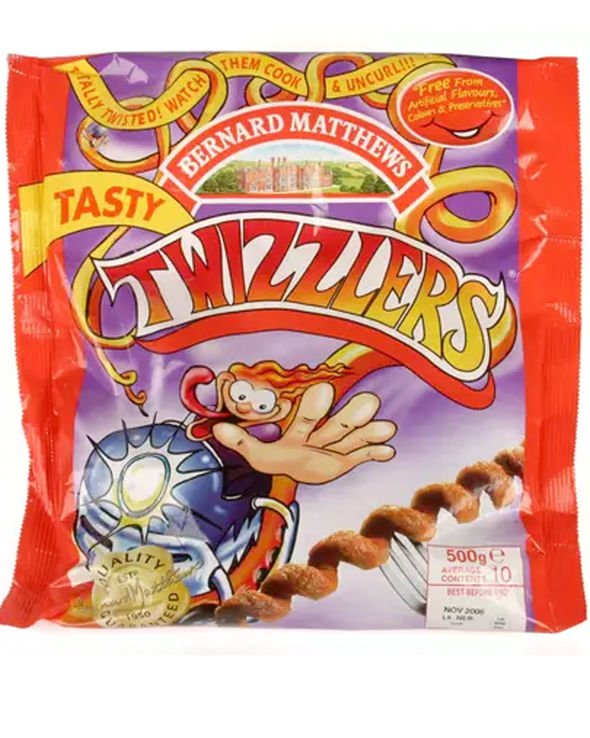 After lowering the salt and fat content in the recipe, the popular food was eventually scrapped by the brand, Bernard Matthews.

The brand still sells other turkey-based products such as turkey dinosaurs, unicorns and mini kievs.

But fans of the nostalgic turkey spirals were gutted to see them go and even petitioned to bring them back.

Thousands signed in a campaign to get the Twizzlers back on the menu – and it seems that 15 years later, their calls have been answered.

Bernard Matthews has recently returned to social media – and its latest posts have put fans into a frenzy.

The Facebook profile now has an image stating: “Comeback of the century”, after posting a mysterious video hinting at a return.

“Get ready for the comeback of the century you have all been waiting for!” it posted alongside the funny clip.

The video shows mock-ups of newspaper headlines with a narrator saying: “A long time ago, one moment changed everything.

“But now, with the world in need of joy than ever, the time has come.” 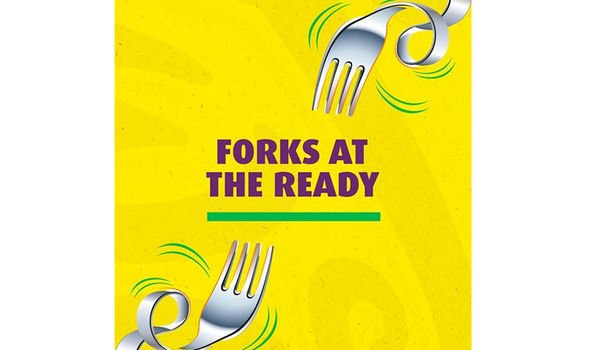 Sparking even more suspicions, it then posted a graphic of a fork with a twirled handle, with the caption “Are you ready? #comebackofthecentury.”

The post has had hundreds of comments already as fans have assumed the Twizzlers are making a return.

As food fans noticed the teasing video, the account was soon trending as people shared their excitement.

“Omg I have literally waited years and I can’t cope if this is what I think it is,” tweeted one.

“If Turkey Twizzlers are coming back then I am clearing out my entire seven drawer freestanding freezer right now and will be filling every single draw [sic] with them.”

Others wrote: “Turkey twizzlers coming back to defeat jamie oliver needs to be a movie, please make this a movie.”

But until the news is confirmed, some are concerned that it might not be happening.

“I swear to god if this turns out to be a cruel joke and the powers that be aren’t bringing Turkey Twizzlers back I am going to riot,” tweeted one.

Prep 35 min Total1 hr5 min Ingredients9 Servings22 These quiche may be little, but they pack a serious amount of...