Snack rankings are always controversial, with previous research having sparked fury on social media when fans discover their favourite has been overlooked. But a new list has been devised that reveals the nation’s ultimate chocolate bars – and it’s sure to cause even more debate. The pyramid ranking is missing some iconic sweet shelf favourites.

The new ultimate snack pyramid was created by e-learning company DeltaNet International after the company’s own staff struggled to agree on the best junk food options.

The company took data from more than 60 snack rankings from news sites, brands, Twitter and Reddit in order to find out what Britain’s favourites were.

The classic Cadbury’s Dairy Milk stole the top spot as the nation’s favourite chocolate bar, beating Galaxy as it put its rival into second place.

Wispa, Twix and Mars were not far behind, landing a spot in the top five according to the research. 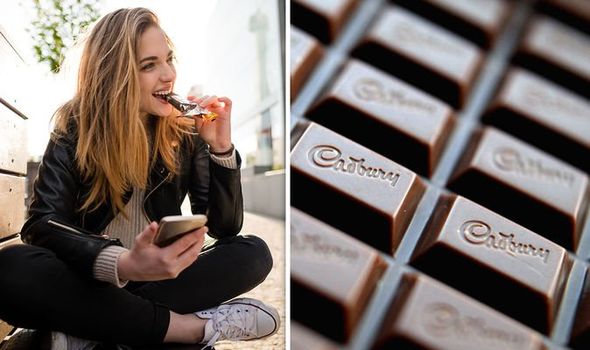 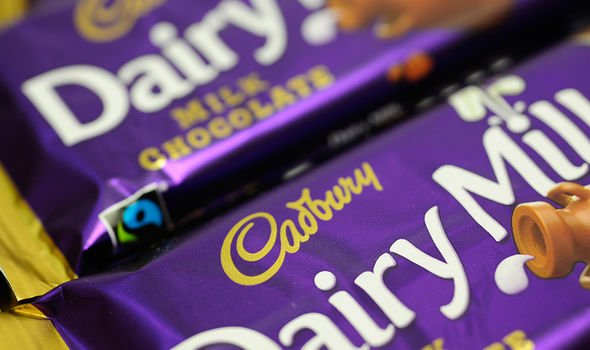 But while the top 10 even included the controversial Bounty, which squeezed in at number nine, chocolate fans may be shocked to see that one classic is missing.

The Terry’s Chocolate Orange didn’t make it into the top 10 – and neither did Cadbury’s Twirl.

Cadbury’s has caused a huge debate on Twitter this week with the relaunch of its Twirl Orange bar, which is selling online in the brand’s first ever presale due to the huge demand.

When it was first released last year it sold out fast as fans rushed to get a taste of the new edition.

But some aren’t quite so impressed, with one Twitter user calling orange chocolate an “aberration”.

The new pyramid also ranked crisps and biscuits, with the potential to cause even more debate.

But the biscuit top 10 provided an even more controversial list.

McVitie’s Chocolate Digestives was top of the list as the nation’s favourite biscuit, but another product made the top five that some would argue shouldn’t even be a contender. 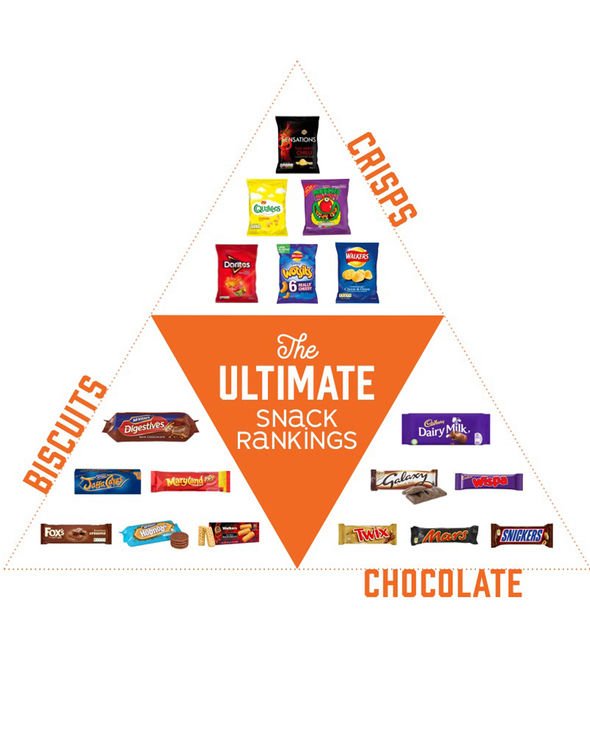 Jaffa cakes were named as the second favourite – despite not actually being a biscuit.

Not only is the clue in the name, but the definition is usually put down to what happens when they go stale.

Biscuits go soft when they are old and stale, while cakes harden.

Jaffa cakes, due to their spongy texture, go hard – making them an official cake. 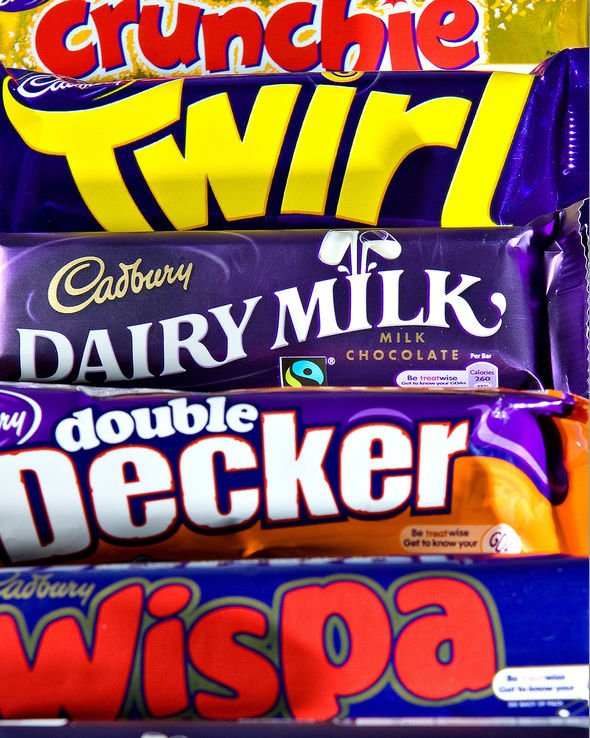 The nation’s favourite chocolate bars according to the new data are as follows: