A number of allergy alerts have been unveiled recently, which customers should be aware of. The different range of items include products being sold in ASDA, Morrisons, and Lidl. And while food recalls are relatively rare, it’s important to taken note, as eating the item that’s affected could potentially cause a health risk. Which foods should you watch out for in your kitchen cupboards?

ASDA, Lidl, and Morrisons have issued a food recall

Undeclared wheat (gluten) could be very problematic for those who are allergic or intolerant to these two particular ingredients.

That’s why ASDA are recalling its 375g packs of ASDA Dauphinoise Potatoes.

Some of its packs may include cauliflower cheese which contains wheat (gluten), but has not been mentioned on the label.

It’s only those which have a March 28, 2020 which may be at risk, and no other products from the retailer are known to be affected.

ASDA has also recalled its Cranberry and Nut Cereal Bars, due to the risk of salmonella. 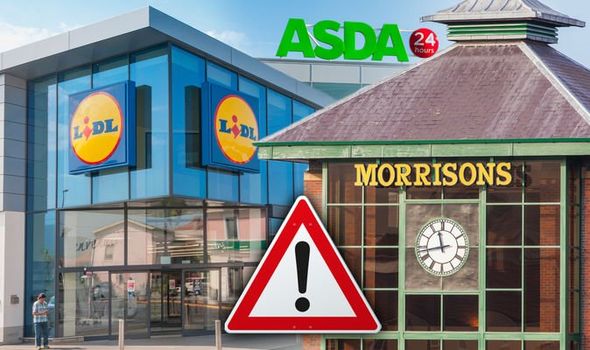 It’s just the 4x35g packs, which have the best before date of September 2019 which are affected.

Should you have these in your cupboard, it’s recommended that you do not eat them, and return them to the ASDA store where you bought them for a full refund, as a precaution.

The 400g packs of HealthyCo Proteinella Smooth Hazelnut and Cocoa Spread which have the best before date of April 3, 2020, are being recalled by Lidl.

It comes after it was found that the label declaring it contains hazelnuts, almonds, and milk, had not been written in English. 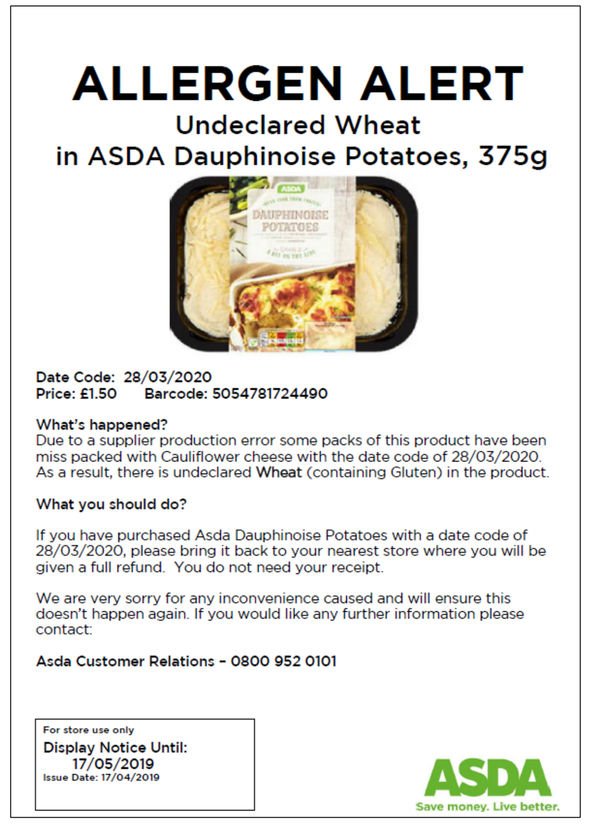 No other Lidl products are known to be affected, and anyone who may be allergic or intolerant should not eat the spread – and instead return it to the store.

Earlier this month, Morrisons issued a food recall for its Free From Choc Chip Cookies, due to undeclared milk.

The product, of pack size 145g, contains milk which could prove to be a possible health risk should anyone with an allergy or intolerance to milk or milk constituents eat them.

All of the date codes are included in the food recall, but no other Morrisons products are known to be affected.