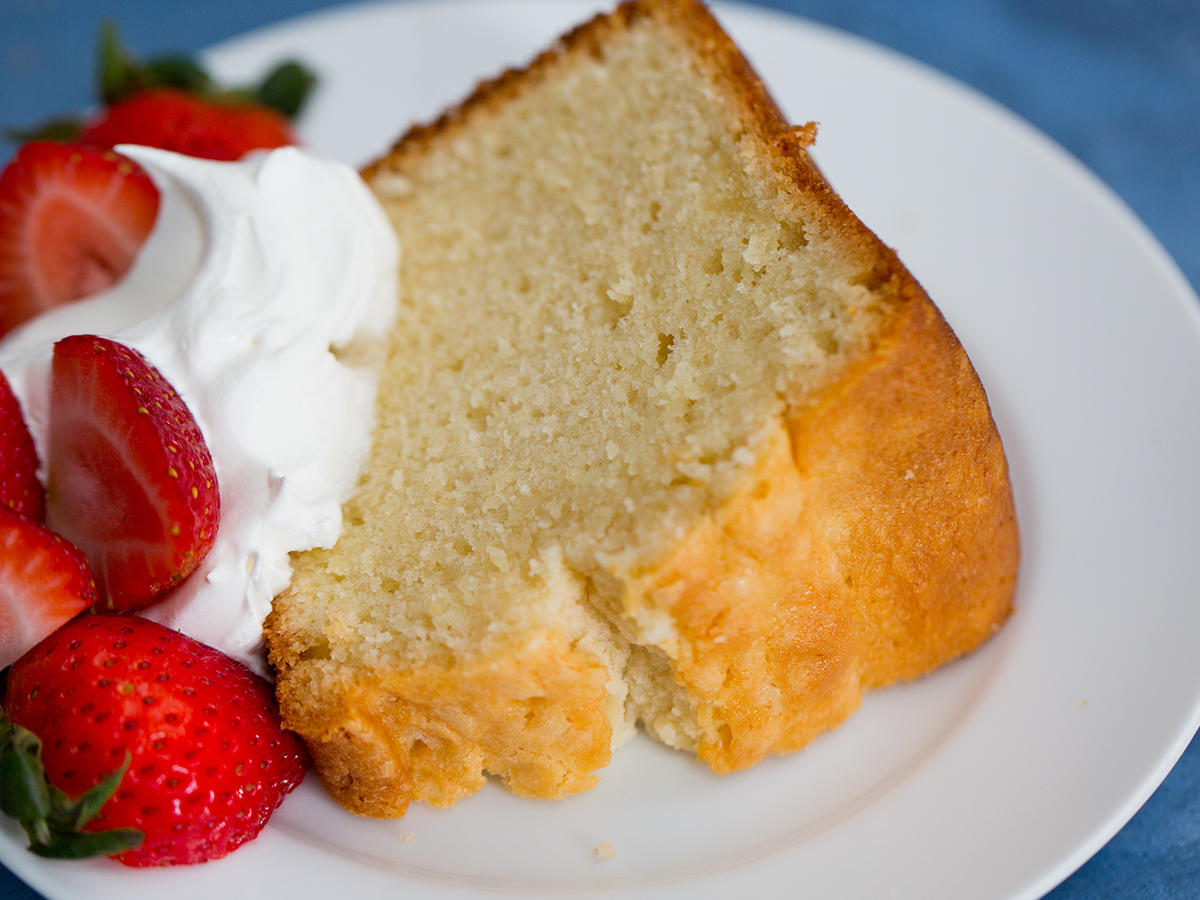 What the heck is a pound cake—and why is it even called a “pound cake?” It’s not like it weighs 16 ounces are anything. As it turns out, the truth is pretty darn interesting:

What Is a Pound Cake and Why Is It Called That?

The great thing about a pound cake is you don’t even need a recipe. The proportions are right there in the name!

These days, pound cakes aren’t quite so large. Recipes are often reduced to fit the average cake pan.

Typically, they aren’t served with a thick layer of icing. Instead, most are lightly glazed or coated with powdered sugar.

Related: Which Type of Butter Is Best for Your Recipe?

The dessert quickly thrived after its invention in early 18th-century Britain because, in a world where few people could read, it made a written recipe unnecessary.

Of course, didn’t stop somebody from writing it down: The 1796 landmark cookbook American Cookery by Amelia Simmons includes two recipes.

As time went on, pound cake recipes and proportions were altered slightly to produce a lighter finished product.

By the 20th century, people began adding artificial leaveners like baking soda and baking powder to further lighten the cake.

Related: How to Turn Candy Corn Into an Easy Glaze for Cakes

There are plenty of popular variations of the traditional pound cake: Oil can be used instead of butter to produce a more moist cake, sour cream is sometimes added to produce a tangier cake, and additional leaveners are often used to lighten the cake.

Added flavors (like lemon, chocolate, and vanilla) are also commonplace.

The traditional version (one pound of each ingredient) is particularly popular in the American South.

Related: How to Make Rum and Coke Pound Cake

How to Make Pound Cake

We’ve established that a recipe for pound cake isn’t exactly necessary. If you prefer following a guide to diving right into the deep end, however, we’ve got you covered.

Hungry for more? Find our best pound cake recipes of all time here.