It’s almost the end of this season of The Great British Baking Show and let’s just say all the bakers have had their fair share of triumphs…and disasters. There were perhaps none more instantly iconic than the premiere episode’s cake bust challenge, in which the contestants were tasked with making a famous person out of cake. It didn’t go well for most of them, but the cakes pretty much all instantly went viral. Now, quite a few weeks later, it seems like they’ve gotten the stamp of disapproval from one of the stars’ famous relatives.
Filmmaker Duncan Jones, son of the late great David Bowie, posted a photo of the cake bust that baker Marc Elliot made to owner Bowie’s alter ego Ziggy Stardust earlier this season, as previously reported on by NME. (Though it’s worth noting that iconic lightning bolt image is technically of a different one of his alter egos, Aladdin Sane). It was one of the most meme’d creations from that week, and even though he was a little late to the punch, Duncan still seemed to get a huge kick out of it.
He followed up by posting a photo of the infamous Ecce homo painting restoration that went viral back in 2012. But don’t worry, Duncan was still laughing it seems, and said he was posting it with love.
Posted with love. 😂 pic.twitter.com/BtVxijHRxv
Duncan had some more fun in the replies, including replying to Tom Hovey, who does the illustrations of the cakes each week for The Great British Baking Show. Tom said he tried his best to recover the concept in his illustration that week and Duncan gave him some props.
Beautiful work
He also pointed out the botched Freddie Mercury that baker Laura Adlington made that week and fans couldn’t help but reply with a reference to the famous collaboration between Queen and David Bowie.
#GBBO was the delightful distraction we needed right now 🤭 pic.twitter.com/tK0o4mv45w
Honestly, I am fully ready to laugh about this challenge until the end of time, and am simply waiting for Lupita Nyong’o to react to hers next!! 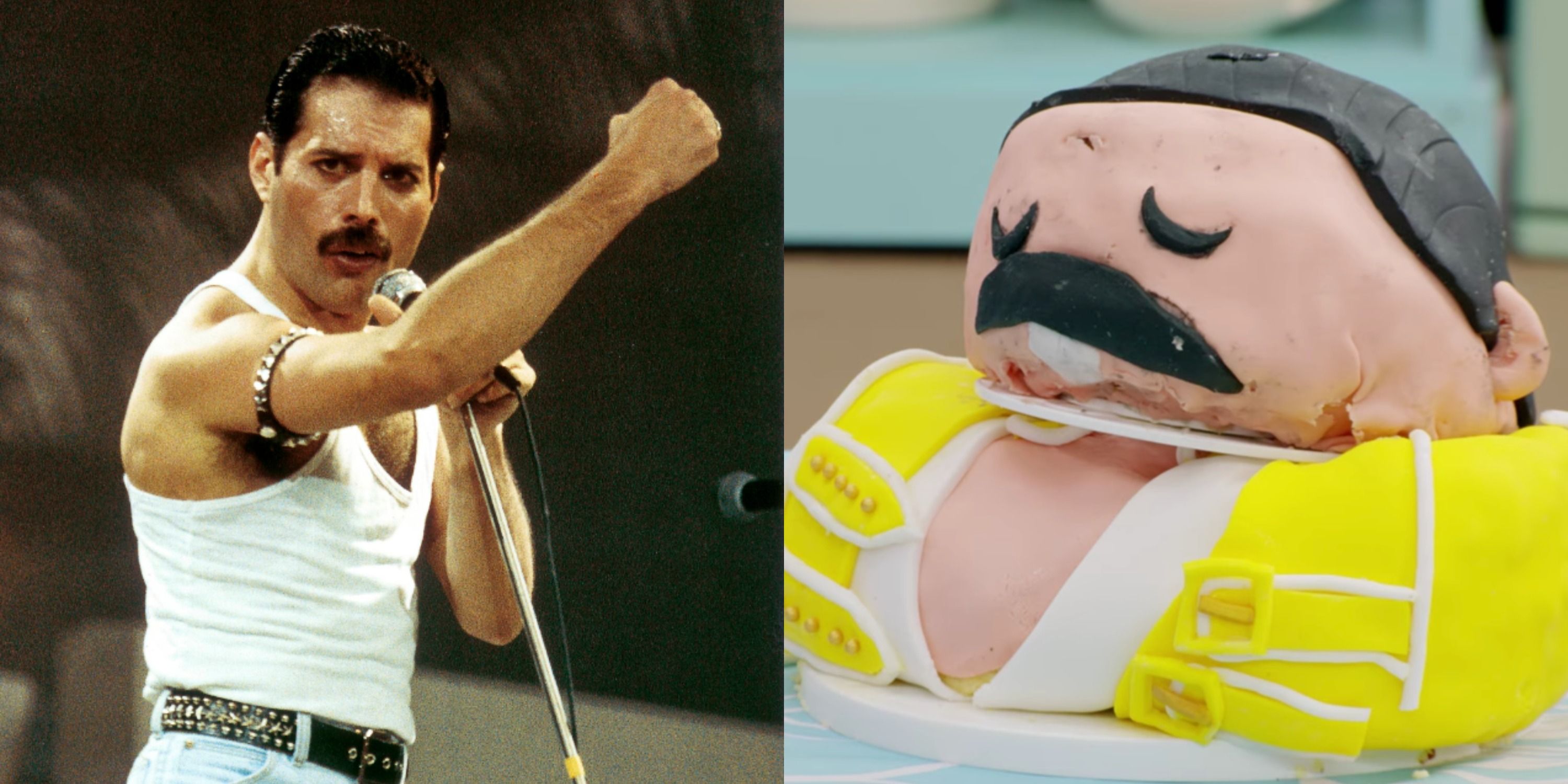 The Best Recipes to Make with Frozen Vegetables