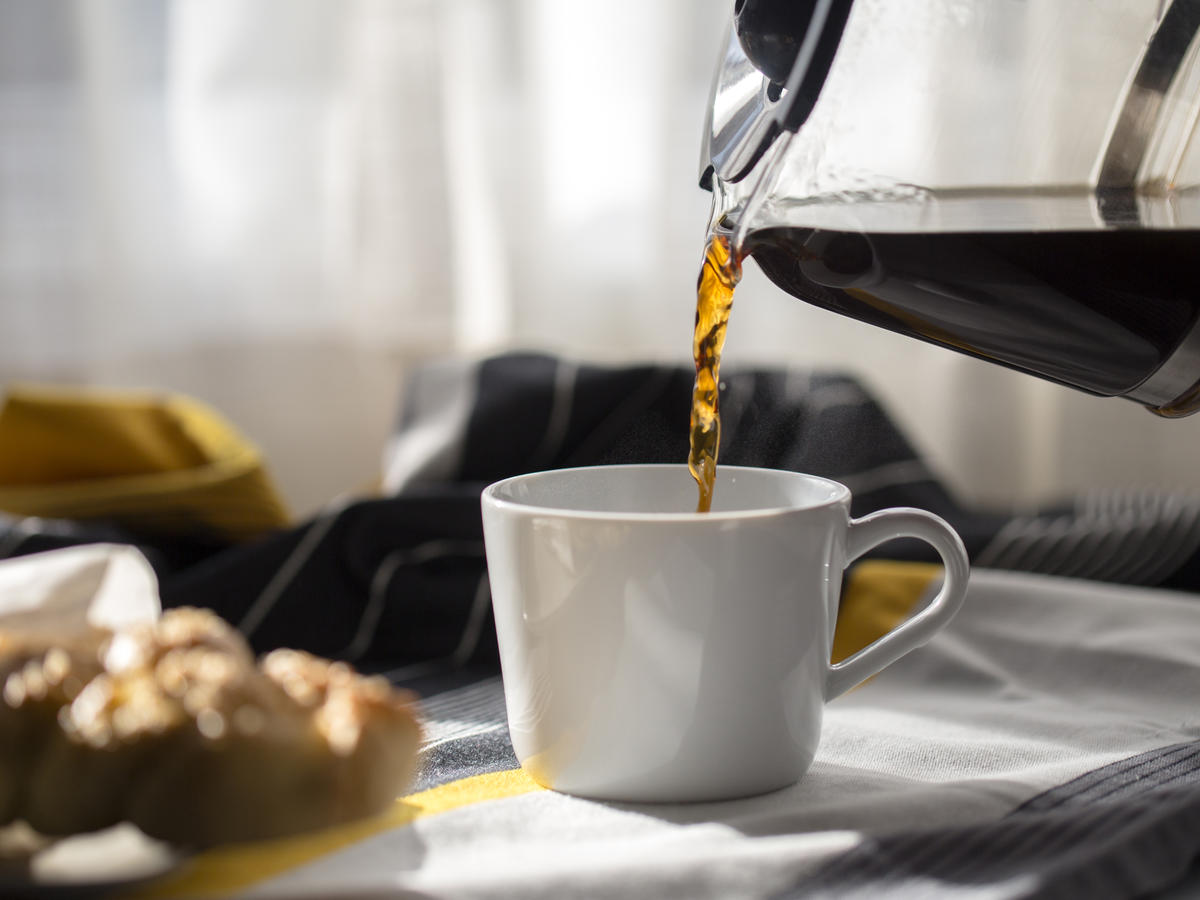 I’m of the opinion that decaffeinated coffee is for cowards who are too timid to live life to the fullest. At the same time, I understand that it exists for sensitive souls who want to enjoy the taste and the ritual of a morning coffee without the jitters.

For that latter group of people, I regret to inform you that, for better or worse, there is still a bit of caffeine in your decaf coffee. But before you spit that fraudulent java out in disgust, it’s important to understand why it’s there in the first place.

When harvested, coffee beans always have caffeine in them. There may be someone hard at work on developing a caffeine-free coffee bean somewhere, but for now caffeine’s presence in the agricultural crop that becomes delicious bean water is an immutable fact. Once the beans are dried, the “de” part of “decaf” can begin to take place via one of a few different methods. Sometimes, those dried beans are placed in a solution featuring a solvent of either methylene chloride or ethyl acetate (don’t worry, they’re essentially entirely gone by the time you take your first sip and totally drinkable in tiny quantities). Those two compounds latch onto the caffeine molecules so they are no longer present in the beans. This decaffeination process can also be done with pressurized carbon dioxide, or through the water-based “Swiss Water Technique.”

No matter the method involved, those beans are going to go through multiple rounds of extraction to thin out as much of the caffeine content as possible. But none of them are perfect. According to some scientific studies into various decaf coffees, an eight ounce cup of decaf can contain up to about 7 milligrams of caffeine, with somewhere in the range of 5 mg being considered average. For comparison’s sake, a standard cup of caffeinated coffee is going to have at least ten times that amount, very often north of 100 milligrams per cup.

For certain people with medical conditions like insomnia, anxiety, or certain liver issues, any amount of caffeine might pose an issue. But for the majority of coffee drinkers, the small trace of caffeine in decaf isn’t going to ruin your day unless you’re very prone to the placebo effect. And as it turns out, caffeine doesn’t really affect how well you sleep anyway.

So, even though decaf has trace amounts of caffeine, keep on drinking the weak stuff. Just means there’s more real coffee for the rest of us.

"This creamy, luscious chicken and wild rice soup is quick and easy to make thanks to pre-cooked rice and rotisserie...

30 Restaurants That'll Be Open For Takeout On Easter

There’s no denying that Easter’s going to look a little different in 2020. Preparing a full holiday feast just may...