Another day, another foray into Gordon Ramsay’s TikTok page. The celebrity chef recently reacted to a video of someone cooking a steak while using giant knives, an entire stick of butter, and a belt to hold their seasonings.
Gordon “duetted” a TikTok by @stalekracker, a TikTok chef with more than a million followers, who opened his video by telling self-proclaimed TiKTok steak experts to keep it moving and not to watch his video. Gordon, who obviously knows his stuff and has been “cooking steaks for the last three decades” was up to the challenge.
The video pans to him instructing users to drop an entire stick of unsalted butter onto a cast-iron pan on the grill. Gordon immediately shook his head, saying that the butter will burn pretty quickly, especially when it’s on a hot grill, as will the garlic he drops next. Gordon then knocked the home cook for not cooking the steaks on the grill first but choosing to stick them on the buttery pan. “Wrong way around, big boy!” he yelled. For Gordon, who recently said a video of someone cooking a steak in wayyyyy too much butter haunts him to this day, this was not off to a great start.
#duet with @stalekracker do I know how to cook a #steak ?? Show me your belt !! #ramsayreacts #tiktokcooks #fyp
From there, Gordon asked about the home cook’s choice of fashion…particularly the fact that he was wearing a belt to hold his seasonings and even a can of beer (honestly, we have no problem with that, and we kind of want one for ourselves!!). But then he was quickly back to being confused when the cook dropped his steak onto the grill to sear, which Gordon says he should have done first, and then finished it in the butter.
“Have you had too many beers in that seasoning belt? Really?” Gordon asked.
However, people in the comments noted that this was definitely not one of Gordon’s harshest critiques and that the steaks look like they turned out pretty well! No matter whose method you agreed with we all learned something today…we all need a seasoning belt! 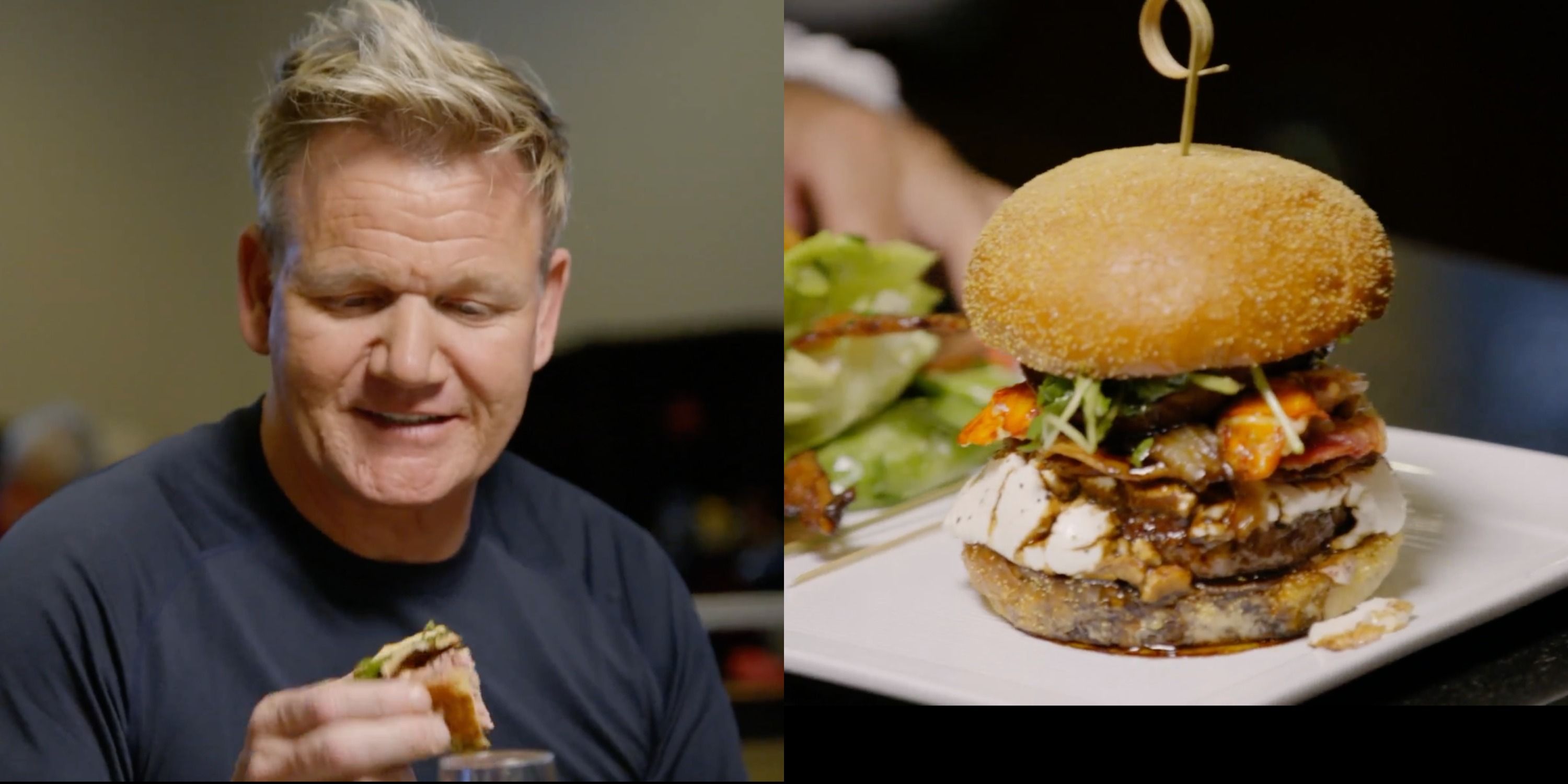