Sorry, Charli D’Amelio, but I think it’s high time we crown Gordon Ramsay as the most iconic person on TikTok. The chef has been delighting fans by roasting their cooking videos on the app, but he recently combined his typical Ramsay Reacts-style video with the viral Ocean Spray TikTok trend in the best way.
If you’re not on TikTok, what I just wrote above probably seems like gibberish, but never fear, I will explain. Gordon posted a video roasting a creation by TikTok user @foodmadesimple. The account made a breakfast baguette that was doomed to disappoint Gordon from the very start. He began by hallowing out the baguette, which Gordon said looked like a slipper, and filling it with baked beans. All Gordon could do is call out the ingredients in horror as @foodmadesimple topped the bean baguette with cheese and ham. the latter of which was cut into a quilted pattern.
#duet with @foodmadesimple Afternoon Vibes….did I do this right @420doggface208 ?? #dreams #fleetwoodmac #fyp #ramsayreacts
“What are you doing, playing chess with some baked beans?” Gordon asked. @foodmadesimple’s video wrapped up by toasting the entire thing, eliciting a “really?!” from Gordon. It was overall a pretty tame reaction video, but you’ll have to watch to the very end to see what made it so special…or I’ll just tell you.
You see, the original video was set to Dreams by Fleetwood Mac, which is making a HUGE resurgence on the app thanks to a video of user @420doggface208 simply vibing to the song while long-boarding and drinking Ocean Spray cranberry juice. It’s since gone super viral, has been shouted out by nearly every member, past and present, of Fleetwood Mac, and even earned the creator, Nathan Apodaca, a new truck thanks to the CEO of Ocean Spray.
Gordon apparently knows all about it because he ended his critique of this bean baguette by taking a big swig of Ocean Spray…which he then spat out when he saw @foodmadesimple added the condiment HP sauce to the top of the baguette. Gordon captioned the video “Afternoon Vibes….did I do this right @420doggface208 ??” Next time, we wanna see you on a longboard, Gordon!!! 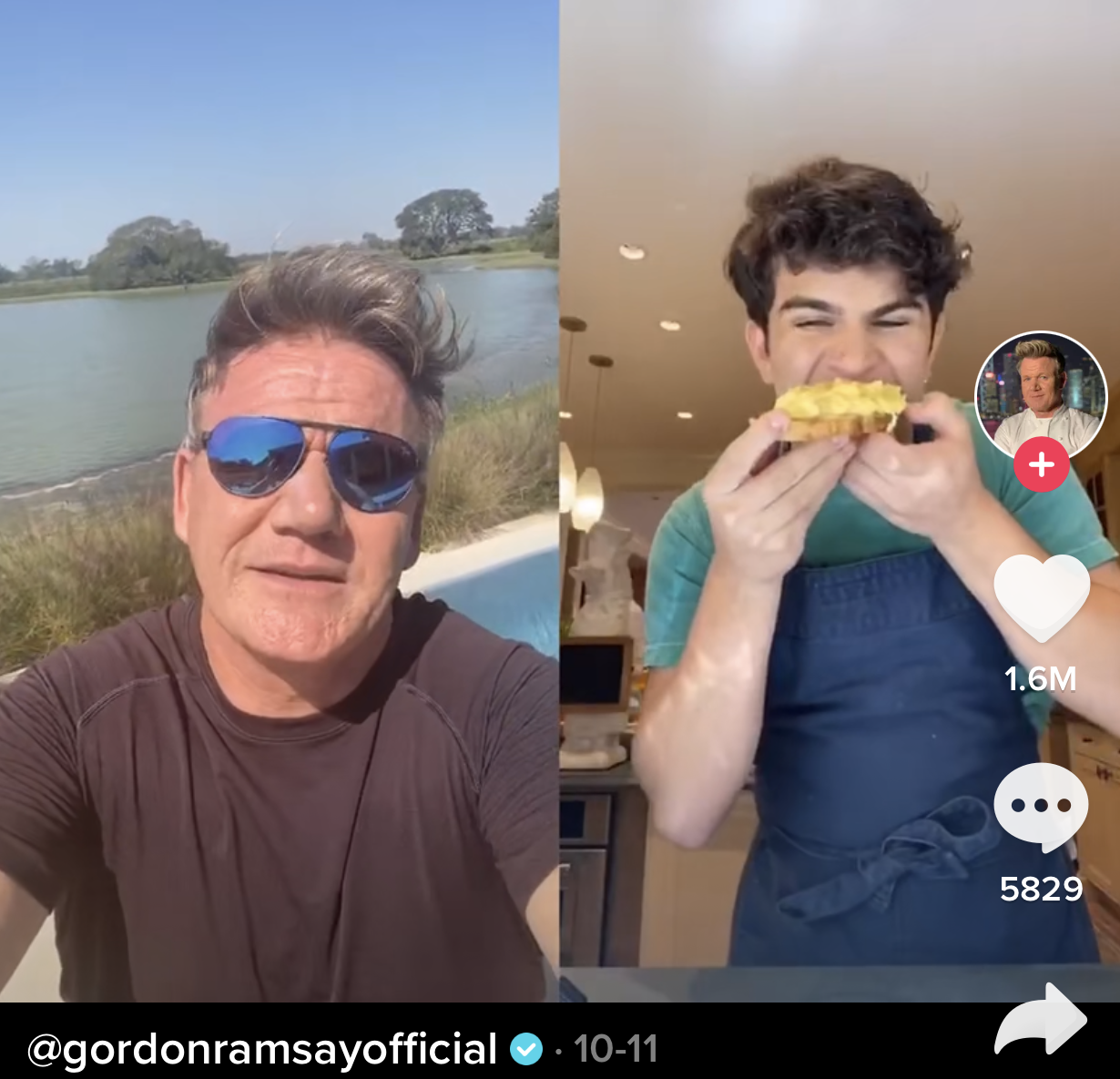 You may not be shopping in-store this Black Friday, but that doesn’t mean you can’t score major discounts on holiday...