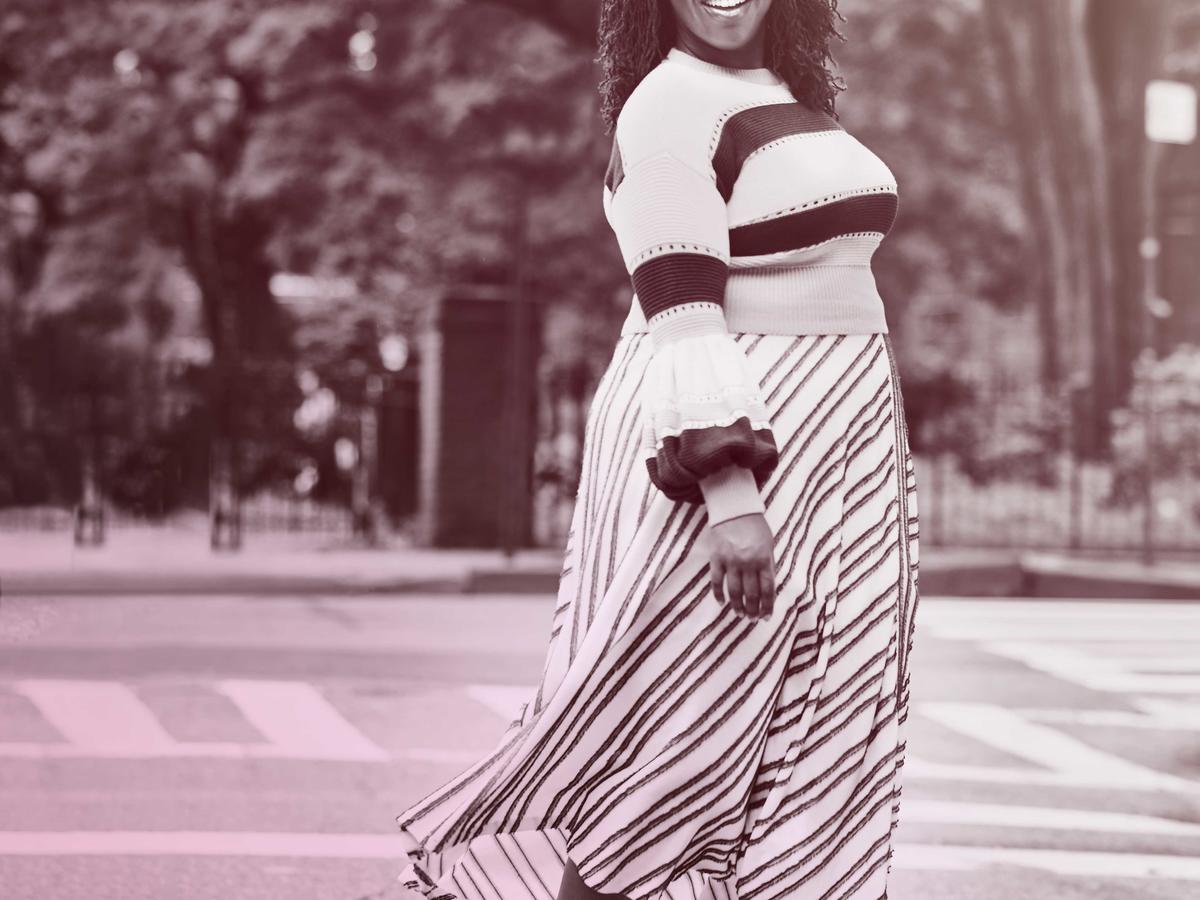 In November of 2014, I arrived at the office of my job early. I was going to quit that day. I couldn’t afford a printer at home, so even though I wrote my resignation letter on my personal laptop, I needed to use company paper and ink to print and deliver it as soon as my boss walked in at 8:57 a.m.

Before I go on, I should rewind to give you context. It was never my intention to work a corporate job. I spent my younger years tap-dancing behind my mother in the supermarket, dreaming of being on Broadway.

I like to think of confidence as a balloon. I had a soaring, full balloon until elementary school. It was during that time that a teacher pulled my mom aside and let her know that, while I was a good dancer, I wouldn’t be allowed in the elite dance group because I didn’t have a “dancer’s body.” Whoosh—a little air was let out of my confidence balloon.

Fast-forward to high school, when I auditioned for a school musical. The teacher told me that even though I had a great audition, he couldn’t give me the role. The reason: There was a scene where the characters talk about how they had made love in the back seat of a car, and he simply felt it was unrealistic that someone of my size would fit in the back of the car. Yup, there went more air out of my confidence balloon.

My senior year of high school, my classmates voted me “Most Talented.” My teachers couldn’t look beyond my body, but my classmates could. That gave my confidence balloon the tiny burst of air I needed to move forward.

After high school, I went to New York City and got a degree in theater and became a working actor. My weight became an issue once again. Audition after audition, casting directors would tell me that they loved my talent, but they couldn’t see past my weight. After so much rejection, my confidence balloon was completely deflated. My loved ones tried to boost me up, but no one could revive my confidence. The only person who could do that was me, but I didn’t even try. I quit auditioning and got a corporate job to pay my bills.

In an effort to find an outlet for my creativity, I went online to share what it was like to be a plus-size girl living in New York. My Instagram community made me feel less alone, and I found the courage to rebuild my self-confidence.

I had always thought that my life would be better if I were skinnier. I perceived weight as the obstacle that was standing in the way of the life I wanted. In an effort to make myself smaller, I began to live a very small life.

Then one day I wrote in my journal, “Don’t wait on your weight to live the life you want.” I began to say it in the mirror each morning. My confidence balloon started filling back up. Once I began to focus on how I felt instead of how I looked, the world opened up to me.

I began to feel confident, so I decided I wanted to support myself on my own terms—and quitting my job was the first step. My hands were trembling, but I gave my boss that resignation letter.

Five years later, I support myself by embracing who I am. One way I’ve done that is by cofounding theCurvyCon with Chastity Garner. It’s a convention for plus-size women that takes place during New York Fashion Week—we are celebrating our five-year anniversary! I have even given a TEDx Talk called “How to Build Self Confidence.”

CeCe Olisa is cofounder of theCurvyCon. Learn more at ceceolisa.com or by following her on Instagram @ceceolisa.

This Sleek Electric Kettle Is One of My Favorite New Appliances

Tea is my biggest source of caffeine. At coffee shops, I usually order a matcha latte; at home on the...