There’s no dynamic duo quite like Martha Stewart and Snoop Dogg who have stolen our hearts since they first became friends in 2008. Now they are constantly working on projects together and soon we’ll be seeing them together again as the pair is set to host the Puppy Bowl XVII.
The Puppy Bowl is an annual event that takes place every Super Bowl Sunday and mimics the huge sporting event. It features puppies in uniforms “playing” a game of football as part of Team Ruff or Team Fluff. While they host, Martha and Snoop will be able to add their commentary to the action happening on the field.
https://www.instagram.com/p/CKmiSVuFWvl/
A post shared by Animal Planet (@animalplanet)
The programming this year will feature special snacks and drinks that Martha and Snoop will serve up together. No word yet about if Martha’s marijuana leaf-shaped cookies will be a part of the show this year, but one can hope!
This year, the Puppy Bowl will air on Animal Plant on February 7 at 2 p.m. EST. It will also be available for streaming on the Discovery+ platform for those who have subscriptions or want to watch it after the live premiere.
Martha and Snoop will team up to host and throw a tailgate party leading up to the event, so they’ll definitely entertain viewers with their witty banter for quite some time. Billboard also reported that their pet dogs—Martha’s two French bulldogs and two Chow Chows and Snoop’s two French bulldogs—will be in attendance. Consider this a family affair! 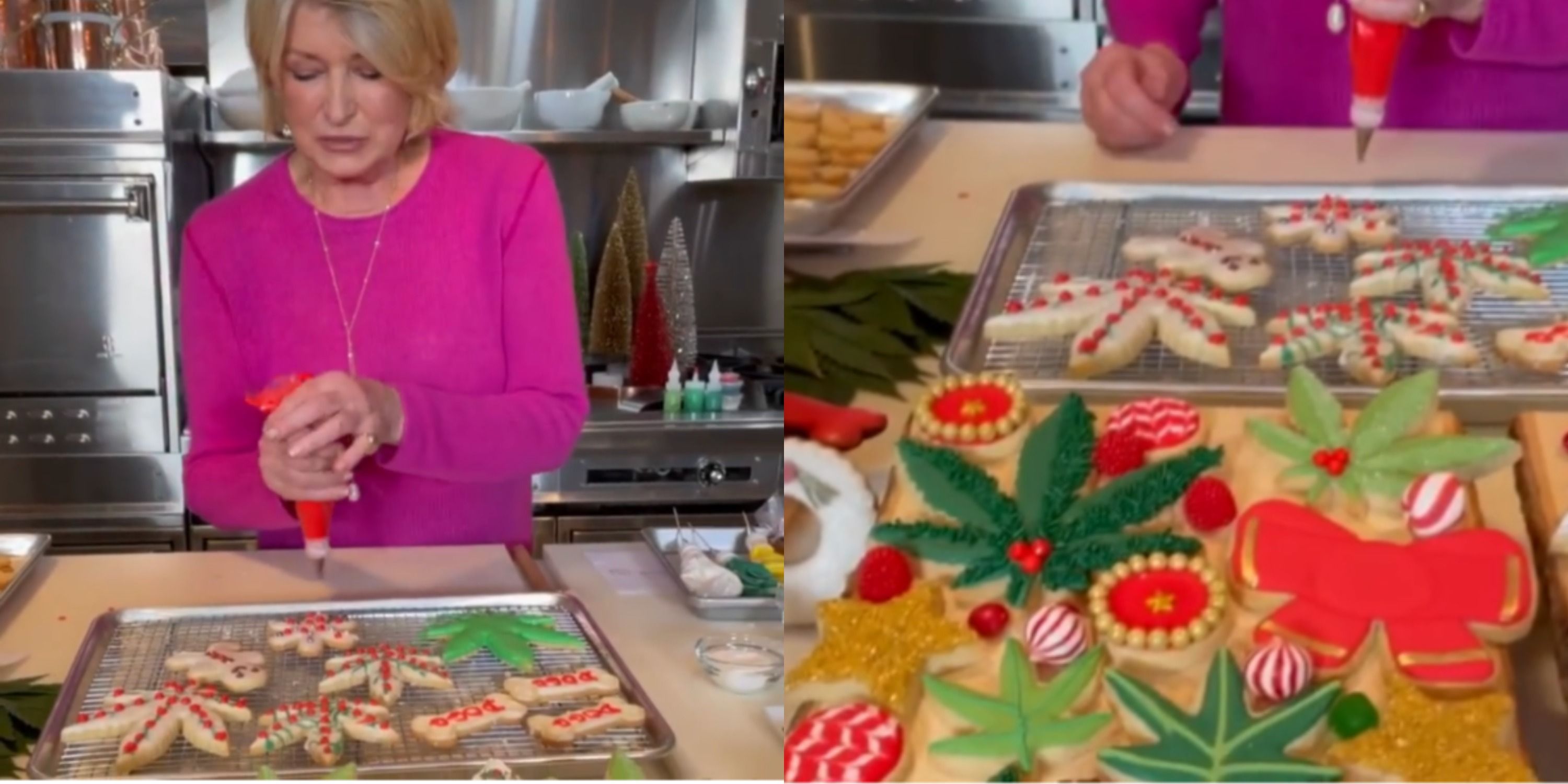 Chrissy even shared a look at the aftermath, which included the half-eaten cake, food on the table, and destroyed styrofoam...