Ree Drummond has been sharing some behind-the-scenes moments on Instagram as her family helps her film her Food Network show, The Pioneer Woman, at home. And while they’ve all been fun, this one CERTAINLY takes the cake. Ree recently posted a video of the family discovering a rat scurrying around her kitchen while they were trying to film.
She began the post by saying she considers herself a trailblazer on the Food Network, especially thanks to her recent rodent guest star: “After all, I think I’m the only host on the network that’s had a large pack rat run through the kitchen in the middle of filming a cooking show,” she wrote. “The (very) unwelcome visitor interrupted shooting, and the screams (not just mine—right, Mauricio?) were plentiful.”
https://www.instagram.com/p/CK7HItDFp0q/
A post shared by Ree Drummond – Pioneer Woman (@thepioneerwoman)
And when you watch the video, you’ll see she’s not wrong! Ree begins by making a bread bowl but quickly you’ll hear the squeak of the rat and see it running across the kitchen. Ree and her kids (including Alex’s fiancé, Mauricio Scott, who Ree mentioned in the post) go running and screaming and immediately try to get on higher surfaces.
After the gang recovers a bit, Ree has a little fun by scaring Mauricio by pointing right behind him, and then Ree’s kids do the same to her. Honestly, the whole thing will have you cracking up. As promised, the entire saga aired this weekend on The Pioneer Woman. People Magazine reported that we see in the full episode that the rat actually DID make another appearance and hid behind a trash can but the crew was able to get it outside safely. Phew! 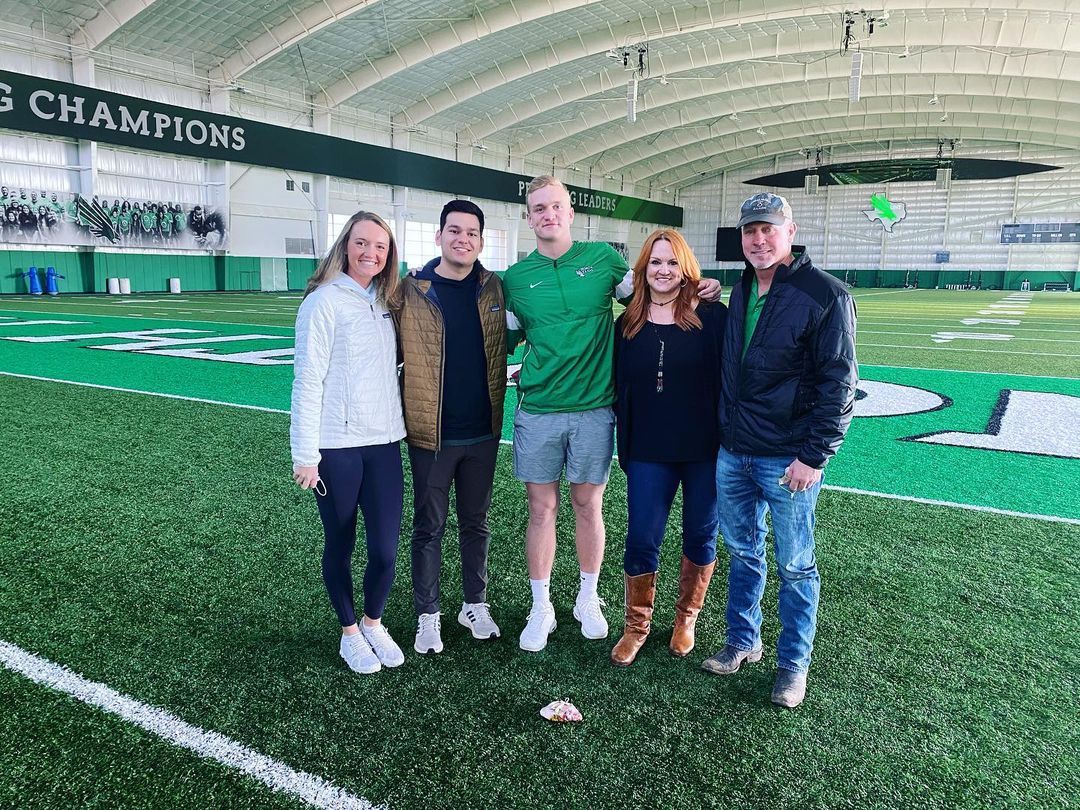