You know you can eat fresh at Subway, but did you ever expect to find love? Well, at least one couple has, and they celebrated the happenstance with a Subway photo shoot on their wedding day. It’s just what every girl (and sandwich lover) dreams of.
Back on December 7, 2017, two strangers named Julie Bushart and Zack Williams stopped by a Subway in Michigan for lunch, according to their wedding website. Julie’s mother, who had accompanied her on this sandwich run, pointed out a good-looking guy with a nudge. Zack, said attractive man, was getting something to eat on his lunch break as a car salesman. They all sat down and started enjoying their six-inch subs (I’m assuming), and Julie’s mom kept encouraging her to hand over her number. “My mom says to me, ‘You’re giving him your number!’ Anybody who knows me, knows I’m WAY too shy for that,” she explained on their site. “So I said, ‘YOU go give him my number.'” 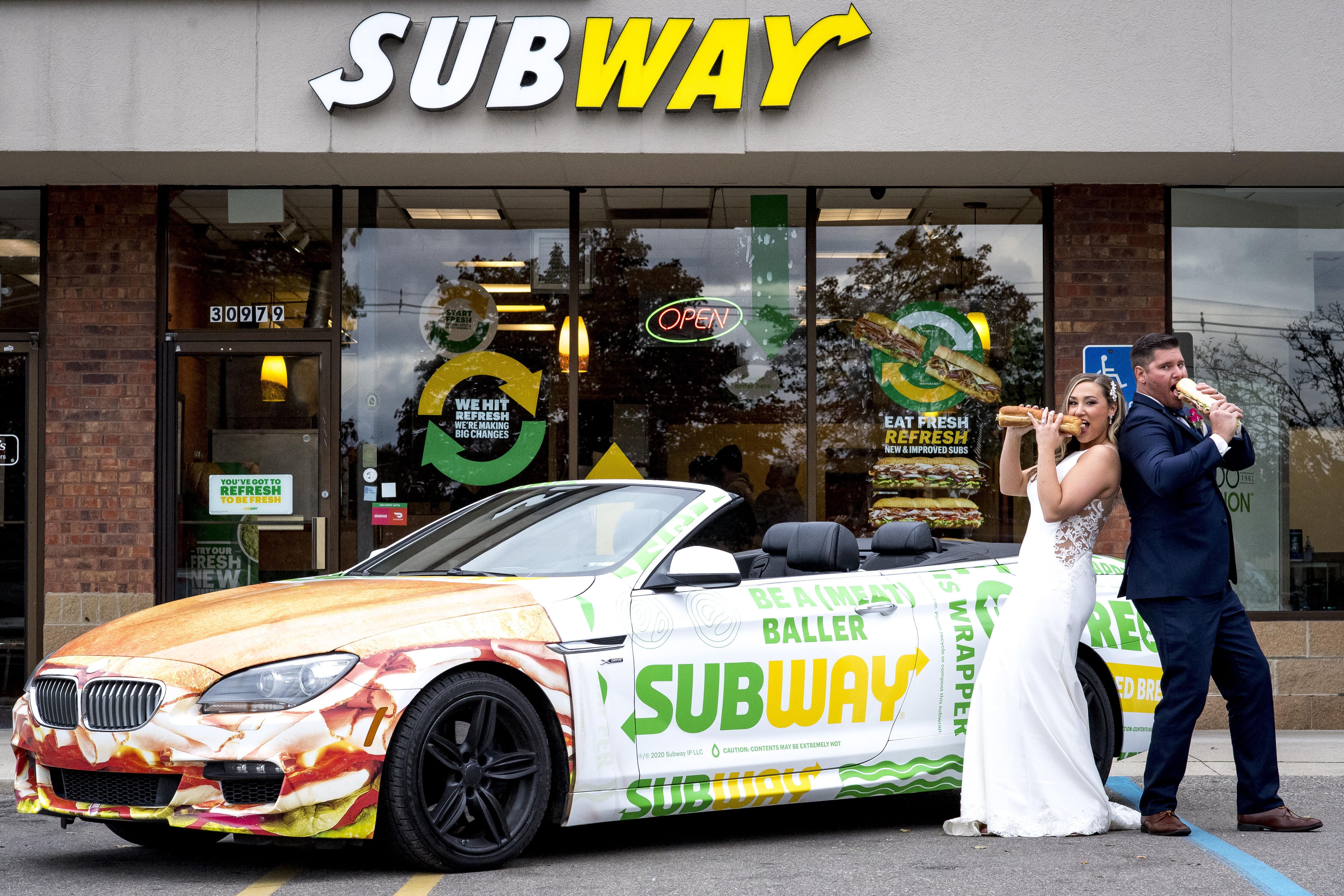 So, she did. As Zack was walking to his car in the parking lot, Julie’s mom handed him a receipt with Julie’s number on it as Julie watched from inside. Thirty minutes later, he had called to set up a first date.
Love ensued! After Zack proposed in September 2020, he reached out to Subway with their story. Not only did the sandwich chain offer late-night sandwiches for all of the guests at their October 2021 wedding, but the company also gifted them an amazing wedding photo shoot to commemorate the place they met, complete with a Subway convertible and footlongs. I can only assume Subway is where they will be having their anniversary dinners. I mean, who could complain about that tradition?
Source: Read Full Article