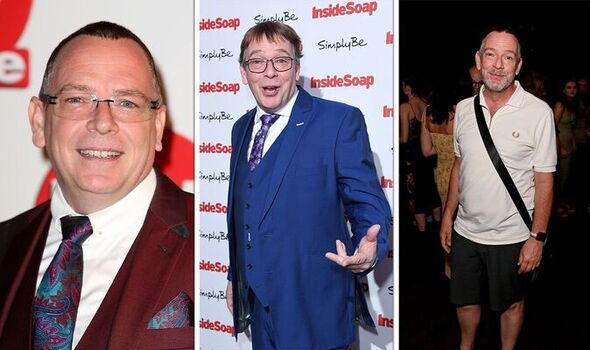 The EastEnders legend Adam Woodyatt dramatically changed his appearance throughout his run on the popular show by losing three stone and it was all thanks to his decision to ditch alcohol completely. He also started exercising regularly, started being “more active” and turned into a keen mountain biker.

“So it was easier to stay fit. That’s all it was. I’m just not really focused on it. I’ve not really made a big fuss about it. I just stopped drinking.

“But everyone’s different. For me, giving up alcohol was the right thing to do. I’m not going to turn around and say that’s it forever, that I’m never ever going to drink again.

“But at this point in my life, yeah, I’m quite happy not drinking. And the result is I’ve lost about three stone in weight,” he told to The Cambridge Independent.

The actor explained he started working out regularly too: “I had always liked cycling but as anybody who cycles knows, it’s a lot easier if you are lighter.

“People will spend hundreds of pounds on shaving 10 grams off of equipment, like lighter pedals. I feel 100 percent better now. Until you actually stop drinking you don’t realise how much it affects so many things. Now I just drink coffee because it tastes better.”

Cutting alcohol out of a diet is in fact a very effective way to slim down. Alcohol is full of calories and can cause weight gain as it stops the body from burning fat and increases hunger.

Krissy Maurin, MS, ACT, lead wellness coordinator at Providence St Joseph Hospital’s Wellness Center explained how alcohol makes people gain weight. “Alcohol isn’t treated like other nutrients in food; in fact, the digestive system works extra hard to eliminate it from the body, prioritising the elimination of alcohol ahead of all other nutrients.

“If you were to have a meal with your alcoholic beverage, the nutrient uptake from the meal would be greatly decreased due to the body working so hard to eliminate the alcohol from the body,” she told Health.

A pint of beer has an average of 182 calories, and a glass of wine has 133 calories, which is the equivalent of three Jaffa Cake biscuits.

The lowest-calorie alcohol is vodka, which only has 100 calories in a 50-millimetre shot, followed by white wine, hard seltzer and tequila. Healthline explained that despite these being the lowest-calorie options, “alcoholic beverages are loaded with calories and added sugar”.

Drinking alcohol can contribute to weight gain and other health problems in the long term as well as “compromising your weight loss plans”.

On top of this, alcohol makes people feel hungry and are more likely to grab an unhealthy snack after a couple of drinks.

“This is paired with the fact that alcohol lowers inhibitions, meaning many people reach for foods that they’d normally avoid, such as those high in fat or sodium,” Ginger Hultin, MS, RDN, owner of ChampagneNutrition, told Health.

If people want to burn fat, and “if you’re a relative beginner wanting to see some good progress, a happy medium might be something like two or three days cardio, two or three days strength, with two rest days each week whatever combination of those you choose,” PureGym explained.

The exercise sessions should be between 30 and 90 minutes, depending on activity, to see some progress, but moderate activity is recommended on a daily basis and exercises like walking 30 minutes a day are also beneficial to stay fit and lose weight.