The former world’s strongest man is best known for breaking the deadlift record by lifting half-a-tonne in 2016 – a move that saw him pass out. After retiring from the competition over health fears, the 32-year-old from Stoke-on-Trent turned his attention to losing the extra fat he had gained to make the lift by implementing a strict diet and fitness regime. But, last year, Mr Hall took things one step further in a challenge with his two million followers on Instagram, which involved just weights, cardio and a strict diet.

“Today is day 17, I weighed myself this morning and I lost 20lbs pretty much on the dot.

“I’ve measured my body fat this morning and I’ve managed to maintain all my muscle as well.

“So all I’ve lost in that time is fat and water basically.” 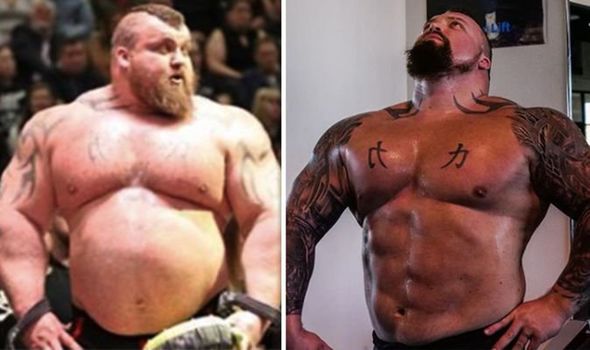 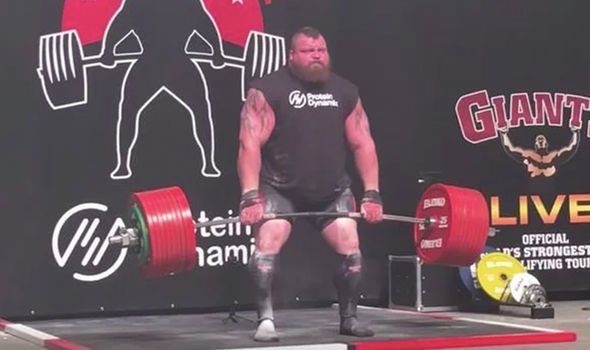 I lost 20lbs pretty much on the dot

Mr Hall went on to explain how he almost cut-out all carbs from his diet completely, replacing it with protein and fat.

He admitted that some of his protein sources were from supplements, but pointed out that simple exercise was key to his fat loss.

He added: “My supplements helped me get the protein that I needed in, they have zero carbs, zero sugars, zero fat – that helped me to dump fat.

“For my diet, I cut my carbs back, upped the protein and the fat. 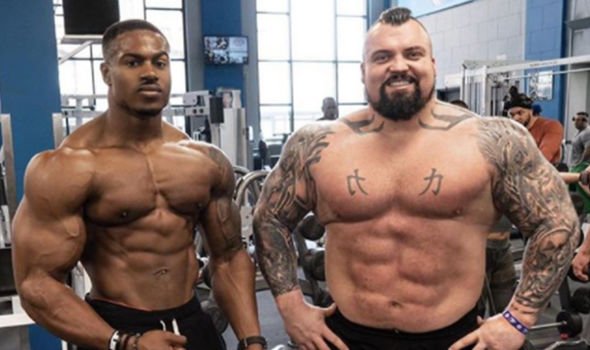 There is one cardio exercise “The Beast” also recommends for speedy fat loss, which cannot be done at home.

As a child, Mr Hall was a champion swimmer and has kept the sport as a key part of his routine.

In his 2017 book’ Strongman: My Story’, he wrote: “It’s something I became obsessed with for a while and am still good at to this day, although given the size of me you might not think so. 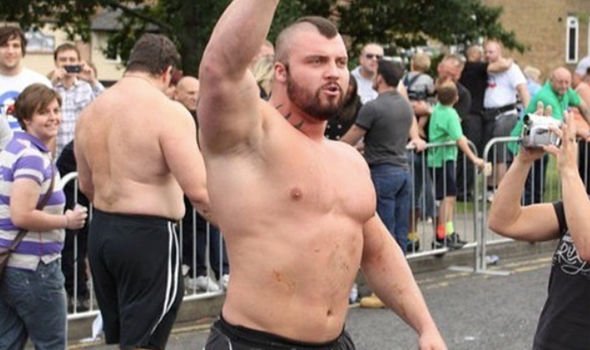 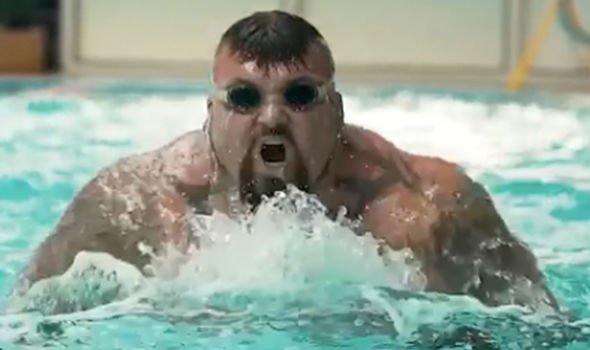 “That something is swimming and for a while, I was one of the country’s brightest young hopes.

“As well as setting records, here, there and everywhere and winning loads of gold medals, I was tipped as being a future Olympian.”

Eddie picked up gold medals in the 50, 100, 400 and 1500 Freestyle during national competitions by aged 13, before he discovered weightlifting.

He told Express.co.uk last year why he is still swimming, alongside boxing and cycling to burn fat again.

He said: “What I do now is I’ve thrown in a couple of boxing sessions a week.

“I do a land-based training session, I do a swimming session, and then I bought a push-bike as well so I’m doing a lot of cycling.

“I’ve probably piled on about five or six hours a week in cardio on top of my weight training.

“I’ve got a six-pack and I’m quite happy to stay like this, until I get a bit older [in his late 40s and 50s] when maybe I’ll have to reduce the weight a little bit more.”