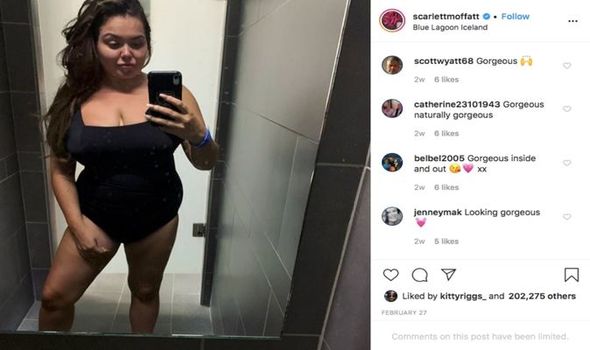 Scarlett Moffatt posted an Instagram wearing a swimming costume on her social media account, posting a defiant message. The TV star wrote: “Hi my names Scarlett I have boobs, hips and cellulite but am I gonna stop that from taking a photo and posting it for all to see……no!! Feeling brave.”

The move came after the star was sent a cruel handwritten letter criticising her looks.

The author of the letter, with it’s imperfect grammar, wrote: “Your appearance on ‘Tribe’ was atrocious – so fat!”

They added: “Your mouth looks strange like a pork chop sliced in half.

“Whatever must those African women thought of it all [sic].”

However, Scarlett took it in her stride, rising above the vicious sentiments. 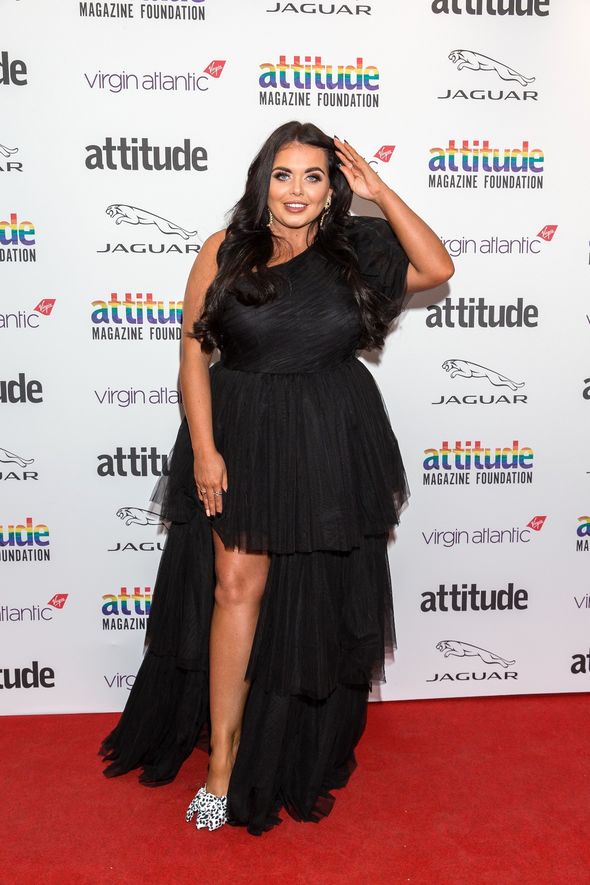 She posted a picture with the image and wrote: “The fact someone’s sent me a letter as they feel so strongly about my weight is ridiculous.

“Turns out I’m not even safe from vile comments in the comfort of my own home. I WILL NOT let bullies like this get me down.

“I just wish they’d left me a reply address and I would have sent them some local charity details and clubs near them so they could occupy there time as they seem to have so much of it by helping others.”

Scarlett has gone through quite the weight loss journey.

In the past she shrank down from a size 18 to a size 8, bringing out a DVD.

Scarlett worked with a personal trainer to slim down, following a diet plan.

The Googlebox star was limited to 1,350 calories a day which she split between her different meals.

Scarlett revealed that she would eat a 250-calories breakfast, 350-calorie lunch and 450-calorie dinner.

If still feeling peckish, she could also have up to 200-calories worth of snacks.

Also adding exercise into her routine, Scarlett dropped from her starting weight of 11st 5lb to a tiny 8st.

She revealed that she dropped six bra cup sizes from a JJ to a DD, and lost five dress sizes. 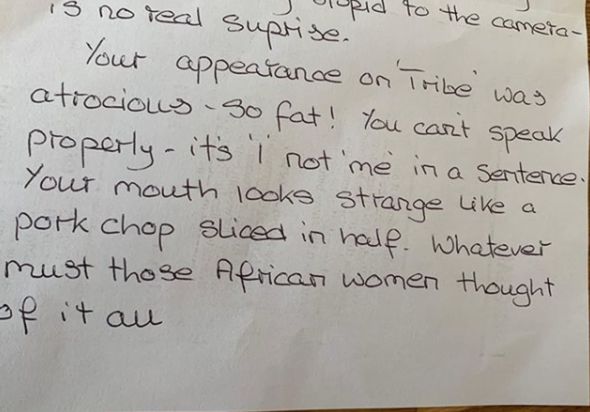 However, she later revealed she had also been taking diet pills, on the advice of her trainer.

The choreographer for her DVD David Souter told The Sun: “Scarlett has previously said she has low blood pressure. She was suffering from altitude sickness, but she told me she was sent on a mountain hike

“She was also on a low-calorie diet, given a handful of tablets and told to exercise some more.

“Any doctor would say that could be dangerous, and Scarlett is lucky that nothing happened to her. I was worried she was on her way to a heart attack.”

Always speak to a GP before trying to lose weight, and before taking any kind of medication to slim down. 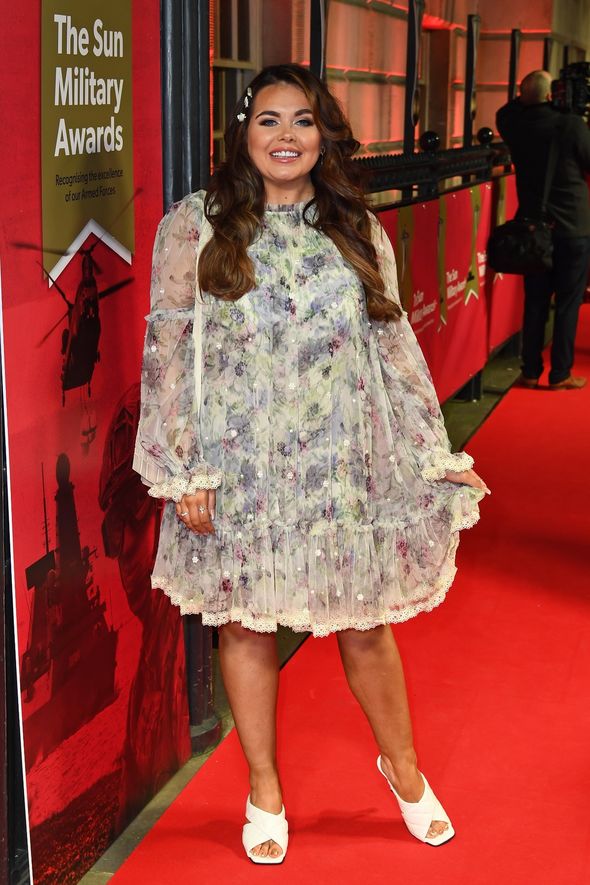 Since, Scarlett has put on some weight, which she has but down to being busy.

However, her made resolutions to make healthy choices” in 2020.

In a video on Instagram she said: “I never thought I’d say this but I’ve eaten so badly this Christmas.

“It’s been so fun but this morning it was such a struggle to get out of bed. I’m normally someone who springs out of bed. I was thinking maybe it’s been the food I’ve eaten.

“I’m not going to lie and say New Year New me and I’m only going to eat kale and quinoa, but I’m really going to make healthy choices and think about what I’m eating without it ruling my life.

“I want to feel more springy in my step. I don’t drink much anyway but I’m going to make wiser choices with alcohol in 2020 too.”