Menopause can cause all types of unwanted symptoms due to a shift in women’s hormone levels. It also brings about a decrease in oestrogen, which in turn can lead to weight gain around their mid-sections.

But there is one way to tackle this and a health expert revealed it’s very simple.

She explained that if women ditched the sugary snacks they could be doing themselves a “huge favour” when it comes to their weight.

She said: “People generally snack on carbohydrate-based foods which can cause a spike in blood sugar levels. 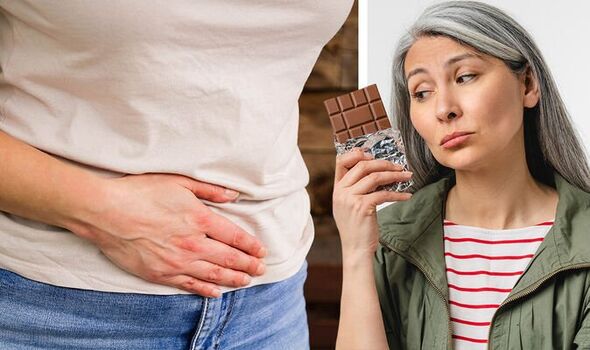 “With a menopausal drop in oestrogen, this can impact metabolism, fat distribution and the impact of insulin.”

She explained that part of her approach to managing menopause symptoms involves trying to balance women’s overall body systems in an attempt to rebalance hormone levels.

This, she hopes, will help to relieve some symptoms and prevent weight gain.

She explained: “The foundations of a healthy diet are crucial.

“We want to be eating enough protein, healthy fats, and a variety of fruit and vegetables providing great fibre.”

Not only that, but Sue revealed it’s important to look at how women are eating as well as when they eat.

Cutting out added sugar could lower a women’s daily calories and have a big impact on their body weight. 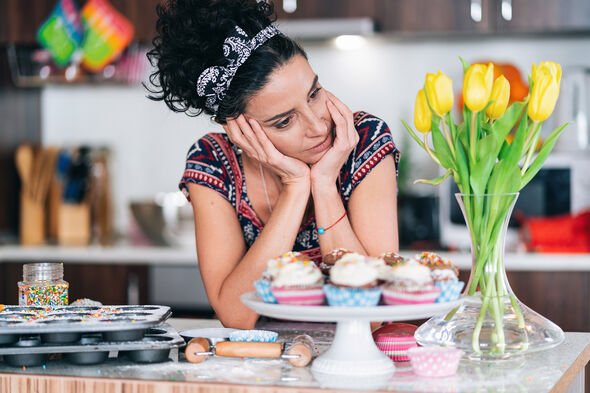 Researchers noted that while these were small changes, it proves that over time cutting out sugar can have a positive effect on people’s weight.

“We want to avoid grazing throughout the day, which is often driven by emotional hunger rather than physical hunger,” she said.

“Regular mealtimes work well for most people, intermittent fasting may work for some but not everyone.

“Start slowly, maybe by stopping snacks between meals, and then moving toward a 12-hour fast, for example between dinner and breakfast the next morning.”

She urged women to cut out sugary treats and opt for healthier foods instead.

“It’s essential to choose the right foods to support your hormonal wellbeing,” she said.

“Phytoestrogens are plant-derived substances that can weakly bind to oestrogen receptors.

“They have been shown to have a balancing effect on hormones. These include lentils, soybeans, chickpeas and flaxseeds.”