When it comes to tracking weight loss, lots of slimmers take to social media to share their progress with their followers. And the weight loss success of one Internet user has seriously impressed Reddit fans. This 32-year-old Reddit user who goes by the name of “BinaryApe” on the site revealed how he achieved his incredible body transformation. The 6’2” man took to social media to publicly post pictures of his weight loss.

Man reveals 15 stone weight loss with this diet plan – what did he eat?

He has lost an incredible 15.5st in two years, and understandably users of the site were very impressed.

Sharing a before an after image, which shows his impressive transformation, he wrote: “I don’t even recognise my old photos anymore. Best thing I’ve ever done personally. Next step is to get ripped!”

The dieter decided to share his biggest health lessons for others trying to lose weight, as he reminded them not to “beat” themselves up over it.

He said: “Weight gain is nefarious in that it isn’t typically a sudden change but one that gradually happens.

“You cannot beat yourself up over past mistakes. I always did that and it was one of the first things I had to squash. One of the hardest parts about getting going is finally realising I couldn’t just change overnight.” 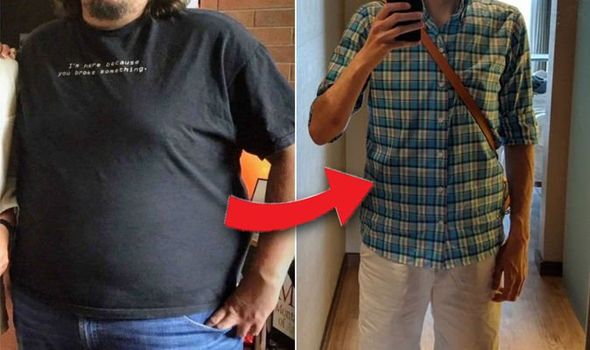 So how did he do it? The man revealed how he started off slowly, saying: “If you change your diet from what you eat now to nothing but chicken, salad, and broccoli, you are likely to fail as it is so much to change at once.”

He continued: “The weight and the problems didn’t happen overnight. For the first month I ate at a calorie deficit but c****y food. I was at 1k deficit eating at 2300 calories.”

Initially he survived on a fairly simple diet of four ounces of pork sausage for breakfast, with a three egg cheese omelette, half a pound of ground beef for lunch with 2-4 oz of cheese, and bacon and half a pound of chicken for dinner.

After one week however, he began to swap out food items for healthier options, explaining: “Pork sausage became pork tenderloin one week. Ground beef became turkey. Then I had no cheese for breakfast for the following week.

“Eventually I got to eating lots of lean meats and protein with vegetables. Doing it slowly allowed me to avoid having cravings as they were slowly changed.” 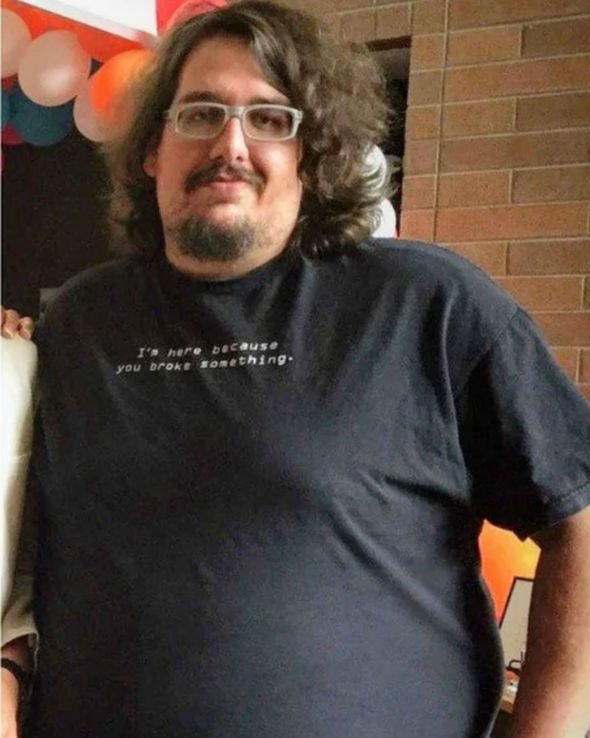 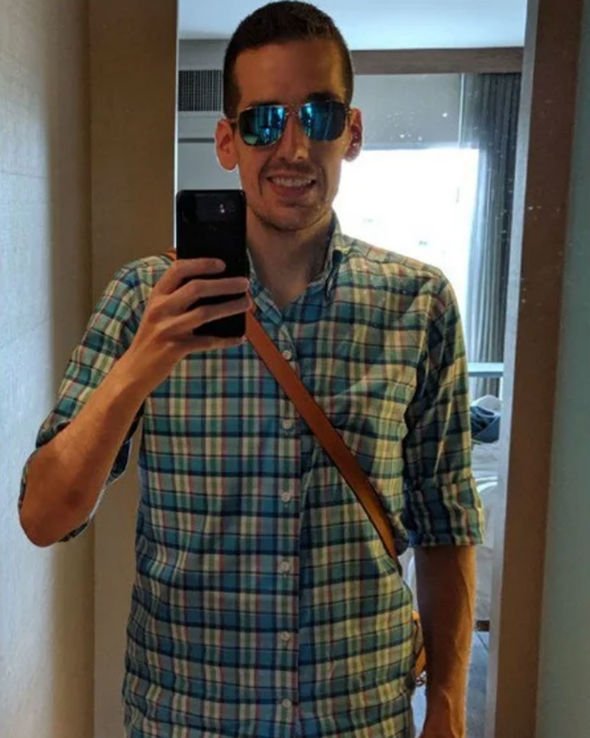 Now, at 32 he weighs 13st 1lb – his smallest weight in years – and he’s committed to getting his body into even better shape with exercise.

Speaking to Reddit fans, he said: “Exercise is not a punishment. Exercise is to make you stronger and more abled bodied.

“Sure you burn more calories as a bonus. Do the exercise to improve your physical capabilities!”

The Top Gear host has lost 1st 2lb in four months through training and eating a balanced diet.

Speaking about his transformation, he said: “I really enjoyed it and definitely could have got leaner but I began to feel a bit to thin. I started at 92.7kg and finished at 78.7kg.”