The Reddit user proudly showed off her impressive weight loss.

This equates to just over five stone, a large amount of weight for anyone to shed.

The Reddit user revealed she shrank down from from 17.5 stone to a much more petite 12 stone in just six months.

So how did she do it? The dieter revealed running was the key.

She also detailed her typical diet plan in a day.

Kroliz said: “I took up running and some light weight lifting and just doing portion control, avoiding fattier foods and most carbs and sugar :)”

She revealed she eats a diet plan high in protein and low in refine carbs.

“A typical day looks like this,” she said, “1 egg and fruit for breakfast grilled chicken, cauliflower rice, and broccoli for lunch and something similar for dinner.

“Some form of protein and veggie and maybe one other side. And for snacks I usually do cheese, granola, fruit, chips and hummus, etc. :)”

However, she doesn’t tot up the calories, like some dieters.

“I don’t really count calories, I just try and stay under a certain amount of carbs and sugar each day and have 50 to 60g of protein a day,” she said.

“I’ve failed in the past because I made it too complicated and restrictive so this time around I’ve been trying to be more intuitive with my eating if that makes sense?” 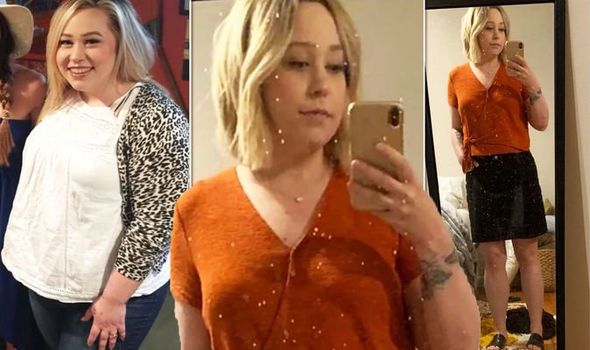 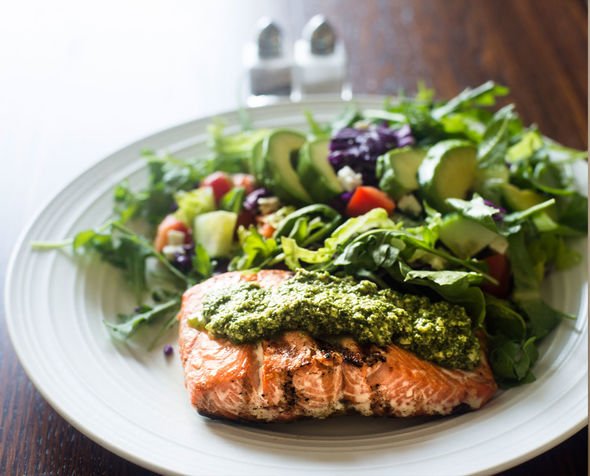 The dieter said: “I started by using the elliptical and building up my endurance for running and to also save my joints and once I lost more weight and could go long distances on the elliptical, then I moved to the treadmill and tried to just jog for as long as I could and then try and beat my last time each time I ran.

“I am a much better outdoor runner than gym runner, I just find it much easier.

“And I’d say ‘okay I’m gonna run until I get to that stop sign’ and if I got to the stop sign and felt okay, I’d set the next goal and keep doing that seeing how many I can achieve. 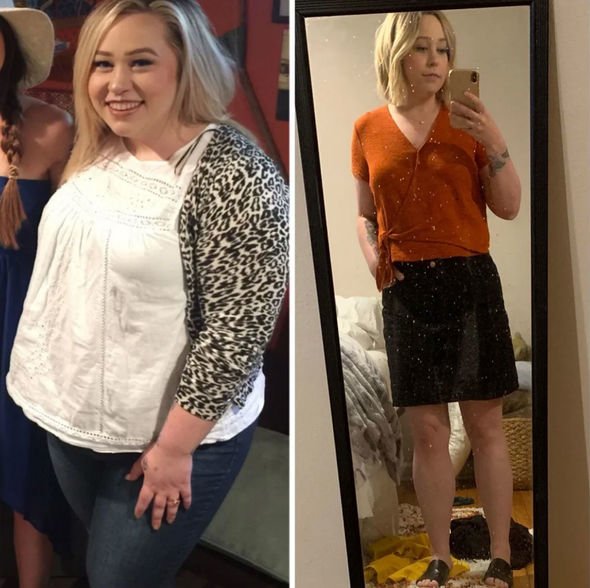 How can you burn belly fat? A trainer has revealed how to Express.co.uk.

Celebrity personal trainer and co-founder of online fitness platform, Results with Lucy, Cecilia Harris, said: “Eating a balanced diet is about having all of the right nutrients on your plate.

“It’s the vegetables, it’s the carbs, it’s the protein and also the minerals which will come in the fruits and everything else you eat.”

Making sure to eat healthy foods and include the right nutrients in the diet will help slimmers lose weight from their whole body, including their stomach.

“You have to reduce fat from your entire body, that is it,” Cecilia explained.