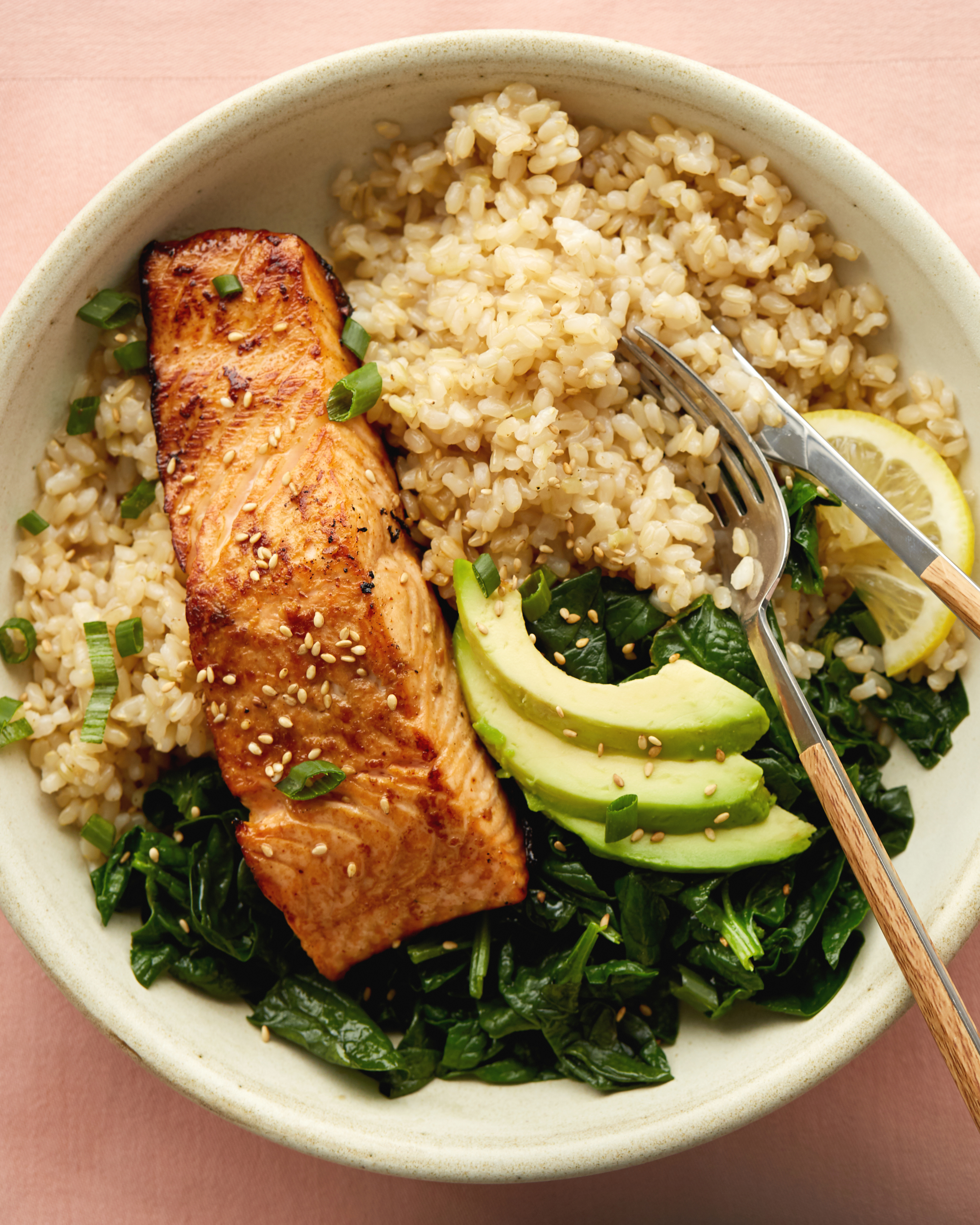 Because I almost always include salmon in my weekly meal plans, I’m constantly on the lookout for new ways to cook it. Like so many dinner favorites, it’s very versatile, and yet I often resort to the same preparation week after week (usually some sort of mustard-glazed situation). In an effort to change things up, I turned to teriyaki.

Teriyaki is nothing new (in fact, it brings back vivid memories of my dad using a bottled teriyaki marinade on chicken and fish when I was a kid), but it’s a flavor profile I rarely cook with as an adult — probably because I thought I was still recovering from how much I ate of it growing up. When I gave salmon the sweet and savory teriyaki treatment, however, I was delighted. It tasted nostalgic but fresh (this version is homemade, of course) and it’s definitely becoming a new go-to. I think it might for you, too. 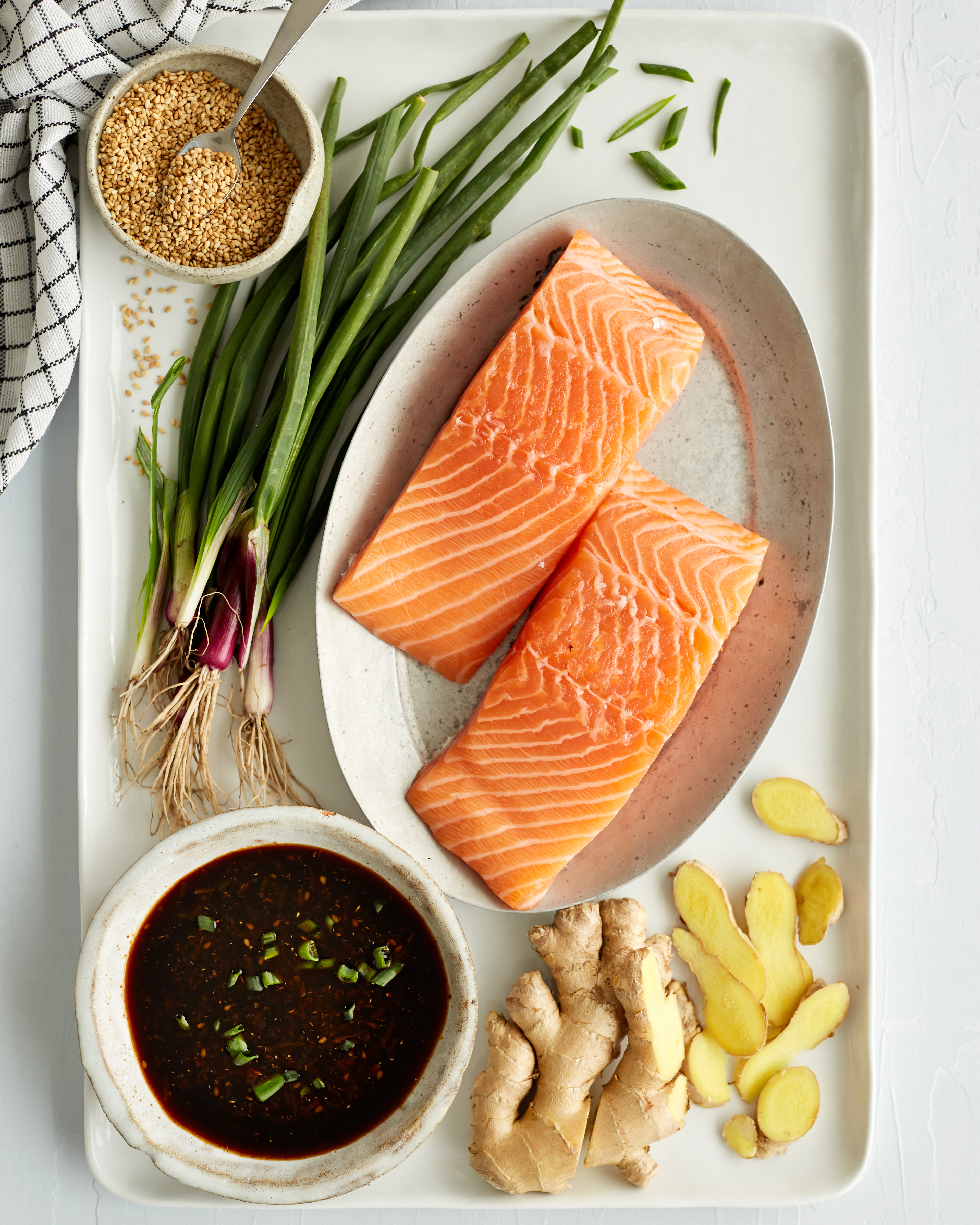 A 5-Ingredient Dinner in Less than 20 Minutes

This is just the kind of meal I crave on a busy weeknight. It requires only a few ingredients and comes together quickly, but tastes so much greater than the sum of its parts. You’ll add the salmon to the hot skillet first, to sear it. Then, you’ll pour in the teriyaki sauce, which will thicken a bit and become glossy as the salmon finishes cooking.

Serve the glazed salmon over white or brown rice, quinoa, or on its own in shallow bowls to catch the sauce. It’s a feel-good dinner you’ll turn to again and again. 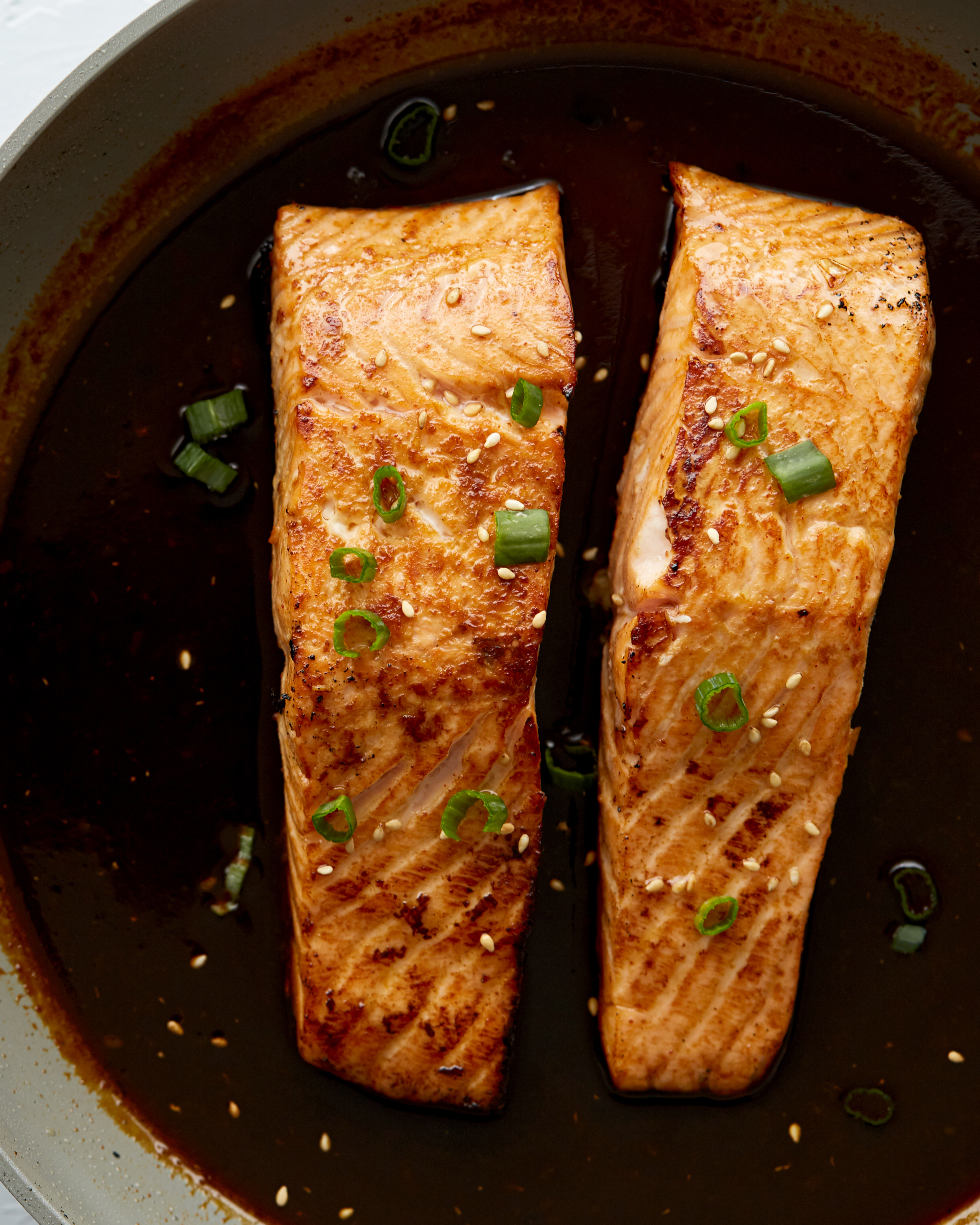 Storage: Leftovers can be stored in an airtight container in the refrigerator for up to 3 days.